Interestingly, Naam Shabana won’t be enjoying the ride solo for Neeraj Pandey plans to churn out spin-offs for other characters from Baby film too. 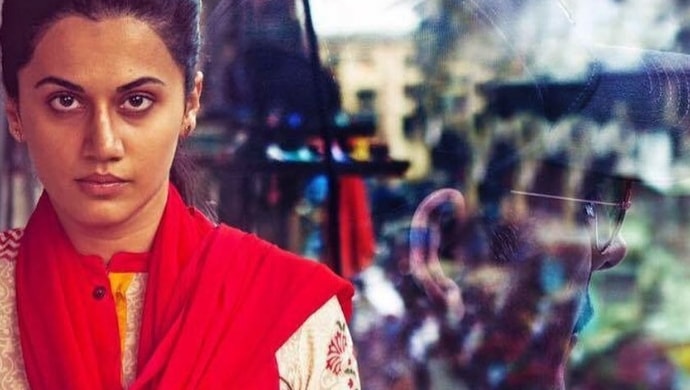 The world of cinema is largely based on the continuity of its long-running franchises, minting great moolah one installment after another. But to think of it, spin-offs aren’t as popular a concept in India as they are in the West. Not that Hollywood has an unending list to boast of, but yes, the numbers outweigh ours. In our country, it wasn’t until Neeraj Pandey thought of putting a certain character from one of his own works in an entirely different environment but with a similar backdrop. Yes, I am so talking about Taapsee Pannu-starrer Naam Shabana. The film is a spin-off for the actress’ 20-minute-role in Akshay Kumar-headlined Baby.

Talking on the lines of her action-packed thriller, Taapsee told a leading news agency, “We’ll see a spin-off for the first time in India. It’s not called a prequel because then Akshay would have played the central character. This film is a spin-off as a central character is picked up from an ensemble cast, whose backstory is explained then.” The high-octane also sees Akshay packing a punch or two. Says Taapsee, “Akshay is extremely funny and his straight face humour is just out of the world. One thing I have learnt from him is that we should keep on working.”

The thought behind #NaamShabana was to write a good script for a female spy beyond the typical 'honeytrap'. Skill matters not gender. @shitalbhatiaffw @neerajpofficial

Any good script requires creativity which is designed on camera & executed on the screen. We just follow this cycle for all our movies! @neerajpofficial @shitalbhatiaffw

Interestingly, Naam Shabana won’t be enjoying the ride solo for maker Neeraj Pandey plans to churn out spin-offs for the characters of Anupam Kher, Rana Daggubati, Danny Denzongpa, and Manoj Bajpayee too, apparently. An excited Kher had expressed his feelings about the same to a leading tabloid saying, “It’s an interesting idea. It would be exciting if the next spin-off on Baby is made on my character, which I feel has great potential. It’d be great to see the bonding between my character and Akshay’s.”

Taapsee Pannu, one of the best female spy was the first choice of #NeerajPandey after her performance in Baby. #Taapsee nailed it and how! #ShitalBhatia #ManojBajpayee #AkshayKumar #AnupamKher #PlanCStudios

As for Naam Shabana, Taapsee plays Shabana Khan, Akshay’s junior from Baby. She is mostly quiet but always obedient and certainly not someone you’d want to underestimate because she is trained for all things worse. The film traces her journey and backstory before she was used as a honeytrap against a criminal.

#NationalTellAJokeDay: Share A Laugh With The Stand-up Comedians Of Comedy Shots