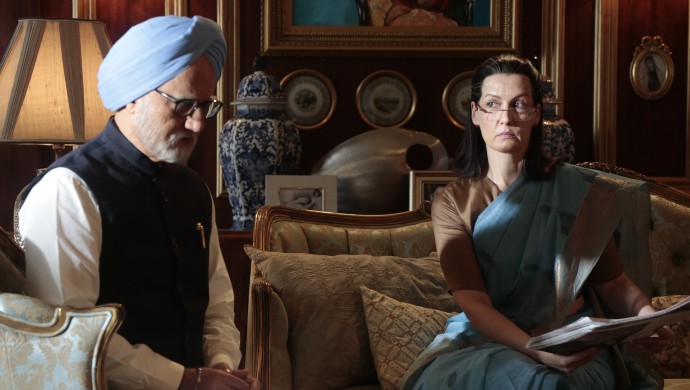 Based on a 2014 eponymous book of the same name by policy analyst Sanjaya Baru, The Accidental Prime Minister chronicles ex-Prime Minister of India Dr. Manmohan Singh’s tenure in the PMO. It also focuses on the relationship he had with his media advisor and chief spokesperson Baru, the author of the memoir that inspired the film. For starters, Vijay Ratnakar Gutte’s directorial debut venture is not a propaganda film. The characters tend to come across as caricaturish more often, but Anupam Kher stands out with class-apart portrayal of Manmohan Singh. It is the tale of a technocrat launched into a political tornado who strives to hold on to every single shred of his integrity despite incitements from every corner.

Despite all the controversies the movie was mired into, we’d suggest Singh has no reason to welcome forehead wrinkles for his image is more or less the same as is widely perceived. Kher as Singh plays a naïve leader of the executive of the Government of India. The political shenanigans of his peers and party members amuse him from time to time but he remains earnest in all his agendas for the nation. As seen in the teasers and trailer, The Accidental Prime Minister paints Singh as the Bhishma Pita from Mahabharata – an old man in the position of power set back by family drama. At the same time, it also focuses on the shortcomings of Singh in exercising control over his cabinet and allowing the High Command to retain veto power. But is that what really happened? Baru at one point even calls his PM “spineless,” and the film nowhere in a frame tries to establish Singh as a leader. He is a politician with a high morale system, who had no intention to hold the office he did but carried the welfare of his country and its citizens at heart.

Besides the gait and voice modulation, Kher puts together a very convincing and moving act as Singh.

Akshaye Khanna essays Sanjaya Baru, also the narrator of the film. There are scenes where he talks directly to the camera, adopting the House of Cards-style perhaps. The film in more frames than one feels like it is a Baru show all the way, but Singh and the reel Gandhi family do take turns to steer the wheel. It also touches upon major political milestones of Singh’s career like the Indo-US nuclear deal, the Common Wealth Games scam and throws impetus on dynasty politics. It is Khanna’s character and performance that brings about the levity in this otherwise serious watch. His charm and charisma lend light-heartedness and thereby provide a hook for the audience to cling on for longer.

German actress Suzanne Bernert bears an uncanny resemblance to former Congress president Sonia Gandhi. The makers have used the similarity to their optimum benefit and her dialogue delivery as the then High Command is infallible. What does manage to put us off is that when Arjun Mathur has been roped in to essay Rahul Gandhi, actual footages of the current Congress president have been used too. It beats the purpose of having someone play a role and falls flat on his performance. Aahana Kumra as Priyanka Gandhi Vadra does a phenomenal job. Even the dialect for every character has been well-researched and kept as similar to reality as possible. Another feather in her hat!

Besides Kher and Khanna, it is Divya Seth who wins our hearts as first lady Gursharan Kaur. She appears in a rather undermined and understated role, but fills all the gaps and makes it an enjoyable watch.

The dialogues are not hard-hitting as such but Khanna has some great lines in his arsenal of weapons. The editing lacks in bits and parts and sometimes, rushed. The narrative has been packed very loosely – too many scenes just fly off the screen without an impact. However, that should not stop you from catching this must-watch film. Watch it and know, as Baru cheekily remarks, ‘how the fate of a country of a billion people is decided by a handful of people.’ The real game of politics goes beyond Gutte’s one hour and 45 minutes, but The Accidental Prime Minister makes for a good sneak peek.

What are your thoughts about The Accidental Prime Minister – hit or miss? Let us know in the comments box below.

3 Reasons That Make Happu Singh The PERFECT Family Man: A Father, A Husband, A Son