The Casino Trailer: Rehana And Vicky Face-Off In This Deadly Game Of Power

Mandana Karimi shines in The Casino, as the evil seductress alongside Karanvir Bohra it's a show that promises to be scandalous and suspenseful. 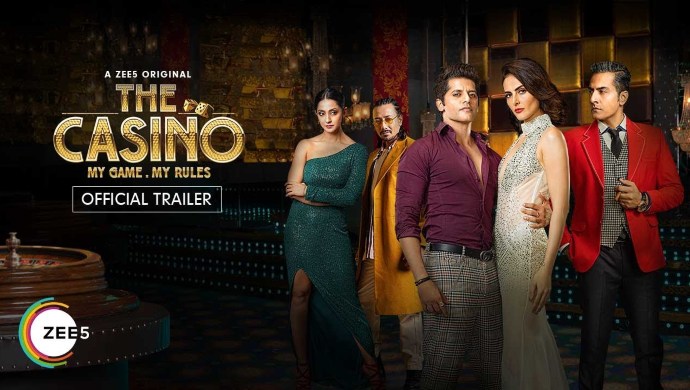 The Casino starring Karanvir Bohra, Sudhanshu Pandey and Mandana Karimi in leading roles, is set to release on June 12, 2020 . The series tells the story of a Casino owner, Marwah, who owns the biggest casino in Nepal named “Casino Celebre’. But there are many who are trying to take control of his casino. At the center of this fight for power, is Vicky, Marwah’s son, and Rehana, Marwah’s current partner.

Watch a trailer for The Casino here.

In the trailer, we see Marwah (Sudhanshu Pandey) proud about how grand his casino is. However, he doesn’t realise that the one threatening to take all that from him is a star performer, and exotic dancer in his own casino. Rehana might only be a dancer in the casino, but she will do anything to get in a position of power.

In the trailer, we see her getting intimate with Marwah, and slowly controlling him completely. She even works her seductive spell on Vicky, the rightful heir and convinces him that she is the most vital part of the Casino. Meanwhile, Vicky’s partners are confident that Rehana is going to betray him.

In another scene, Rehana is being held at gunpoint, and she calmly stops anyone from helping her, because she knows she is still in control. Meanwhile, Vicky’s friend, Camilla (Aindrita Ray), convinces him to not trust anyone and work alone, to get control of the casino.

The trailer ends with each of the lead characters clearly stating their motives. While Marwah says ‘My game, my rules’, Rehana says ‘My way or the highway’ and Vicky says, ‘My legacy, my casino’. Who do you think will win in this power struggle? Find out on 12 June 2020 only on ZEE5.

Watch the trailer for the second season of the popular high-school thriller, REJCTX, streaming on ZEE5.

Guess The Gibberish Challenge: Try And Guess The Names Of These ZEE5 Original Series