Starring Akshay Kumar, Pad Man talked about the innovation of Arunachalam Muruganantham, which is a blessing in disguise to womankind. 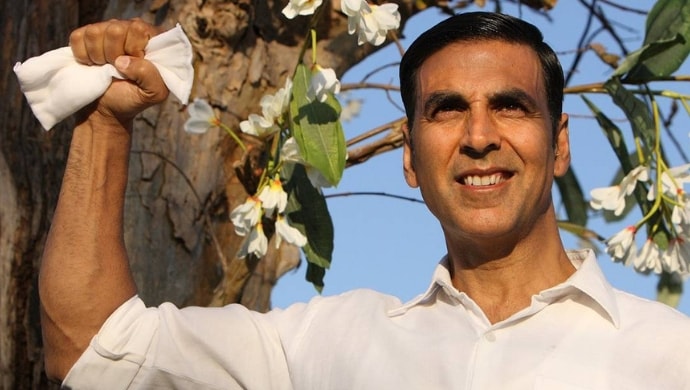 In countless cultures, the menstrual cycle is the time when a woman is not allowed to enter temples, public places and basically seen as an ‘untouchable.’ Nobody, including her husband, should go anywhere close to her. If done so, hell may break loose because it’s a ‘sin’ against the creator. Clearly, there has been a very lack of education and proper awareness of the biological phenomenon. Until Twinkle Khanna and Akshay Kumar unified their respective forces to set a stage for ‘intimate’ discussion pertaining to the unhygienic practices during menstruation. Before they gave us Pad Man, India lacked a podium for debates of such kind.

And perhaps, the innovation of Arunachalam Muruganantham, which is a blessing in disguise to womankind wouldn’t have reached as many places and people it has today. Arunachalam invented the low-cost sanitary napkin-making machine that provides employment and security both. His aim was never to sell off his hard work for a million buck but always to please and protect his newly wedded wife who left him within months after their marriage, thanks to his ‘stupid’ ways of reinventing and perfecting his method.

That was in the late 90s. But nearly two decades later, the school dropout is now a Padma Shri Award recipient and has appeared on the TIME magazine list of 100 Influential People In The World. But it took a film to spread the word about him and his revolution that was a victory of every female who ever used ashes, sawdust, cloth, sand but never a sanitary pad.

However, the effect of Pad Man wasn’t simply limited to a movie and a PR strategy for a strong-word-of-mouth. In fact, for the first-time entertainment was seen as a tool of spreading knowledge. Sabarmati Jail in Gujarat set up a machine in its woman prison area for them to make and use a hygienic alternative during menstruation. Movie theatres, corporate offices, government schools, and offices, airport authority all worked towards providing sanitary napkins either for free or at a nominal cost that was easy on every pocket.

Moreover, the government recently dropped GST on sanitary pads which is symbolic of the victory this very movement aimed at achieving! Moreover, several states have come forward and set up factories that now produce this basic amenity at a cheaper rate. Union Minister for Women and Child Development Maneka Gandhi even launched a #YesIBleed campaign in the wake of the curb ‘period poverty.’ And if all of these, is not a sign of success, we don’t know what is!

Pad Man has received praise from actors and directors, and even from Pakistani-born Nobel Laureate Malala Yusafzai. The movie was both a commercial and critical success! Pad Man starred Sonam Kapoor Ahuja and Radhika Apte in the lead roles besides Akshay.

What are your thoughts about the social drama film? Let us know in the comments section below.

Get your daily dose of entertainment with the latest releases and movies on ZEE5 on the go!

Siddhivinayak's Farnaz Shetty Is A Mr Bean Fan. Check Out Why?

Laal Ishq: 13 Tiny Horror Tales That Will Give You Goosebumps