Speaking on the lines of his next project The Kashmir Files, the filmmaker reveals," A lot of Kashmiri Pandits want me to make the film." 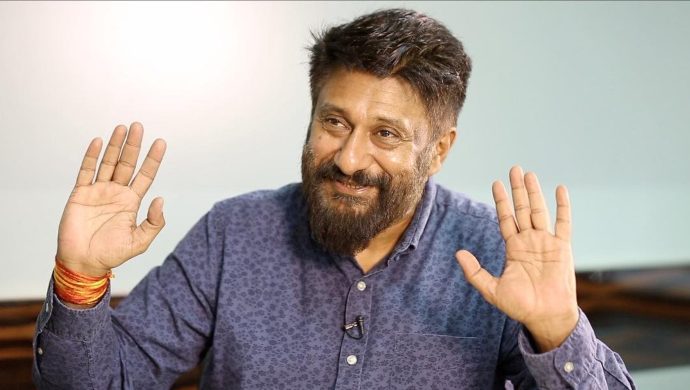 Vivek Agnihotri had a tough time making The Tashkent Files and getting it released in theatres. The film was released in just 250 screens across India but enjoyed a long triumphant run of 100 days despite some big films hitting the screens around the same time. Revolving around the death of ex-PM Lal Bahadur Shastri, the movie stars Naseeruddin Shah, Mithun Chakraborty, Shweta Basu Prasad, Mandira Bedi, Pallavi Joshi, Vinay Pathak, and Pankaj Tripathi. The mystery movie is currently streaming on ZEE5 and Agnihotri opines that OTT platforms shall free storytelling in our country. “OTT is a form that is going to liberate storytelling in India. Here, it’s very difficult to make a film on this subject, that subject because everybody is so sensitive. So, OTT will help there. OTT will also help make a lot of films on folk and literature,” he shares in an exclusive conversation.

Confident after the success of The Tashkent Files, the filmmaker has already commenced planning his next project, The Kashmir Files. Supposed to be a probe on the mass migration of Kashmiri Pandits, Vivek says a lot of Kashmiri pandits wanted him to make the film. “The genocide of Kashmiri Hindus is one of the most tragic incidents to happen during partition in India, so many children were killed, people were shot, women were raped. But the problem is it is such a difficult and sensitive subject, nobody dares to make a film on that. It is also very risky, people think somebody will kill them. That’s why all the films that have been made in this country on the Kashmir issue have some sympathy towards terrorists. I have been wanting to make this film for quite some time, a lot of Kashmiri Hindus want me to make this film. I did not have 100% courage but with the success of The Tashkent Files, I have gained confidence that these kinds of films work and can work,” he tells us.

Speaking on the lines of his #IAmBuddha Foundation, he shares the thought behind the initiative saying, “I am a middle-class man from a small town. When I came here, I realized if you are not well-connected, know certain people, if you are not one of the elite, it’s very difficult because you have to struggle a lot. After a point, a lot of people give up. So, today if I am at a position, I thought why not give my support. One of the boys and girls we mentored has become a full-time editor, somebody is making short films, another has become a social entrepreneur in Delhi. That person has installed solar lights in villages. Both Pallavi and I mentor them and make our contribution to society.”

For more updates on The Tashkent Files and other latest Hindi films come back right here!

Know Everything About The Life Of A Patriot, And After In ZEE5 Original Veergati, Watch It Now Here

Engineers Day: 9 Engineers Who Followed Their Passion And Made It Big In Bollywood