These Aliens From Shaadi Ke Siyape Have The Most Unique Superpowers!

From reading minds to emiting fire, these abilities of the aliens are quite interesting. 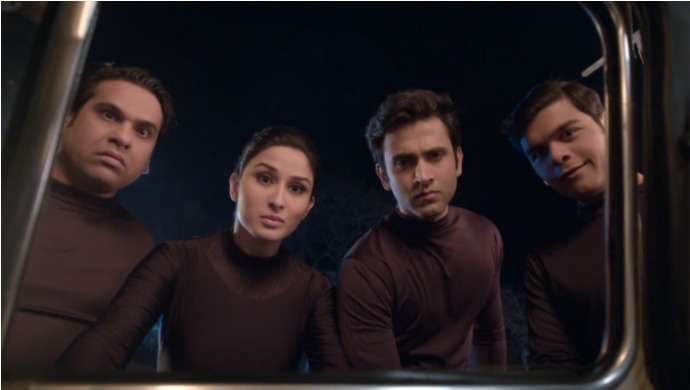 Remember Jaadu, the blue alien with a light on his head? You’ve got to give it to the Roshan family for introducing us to the world of aliens. We spent our childhood wishing to meet someone like him who can give us super strength so that we can do whatever we wanted to (we were kids then!). But he never came back and we eventually grew up. I suppose he is not planning to come back anyway! But wait, there are a few other aliens who have come to planet Earth and you will be surprised to know how they are using their superpowers.

These aliens landed on earth in their real avatar, but after coming to this planet they decided to disguise themselves as humans – by not only copying their looks but also copying their traits and behaviour. Those who have watched the first episode of the show are aware of these aliens and for the rest, worry not we have the complete information of the aliens below.

Here’s a list of aliens with their superpowers and human avatar.

Powers: Runs fast at supersonic speed. The one who is most knowledgeable amongst the group as he can access information from the cloud. The qualities of chef have come from the human he copied.

Power: The most stylish alien who emits fire from his mouth and nostrils just like a dragon. He can make anyone dance to his beats.

Power: The one who is not happy to copy the human traits as he has to perform the rituals. He doesn’t have any special powers of his own but underestimating this alien would be a mistake! Though he doesn’t have his own superpowers, this alien can copy others powers.

Power:  She can read anyone’s mind by holding their ears and making eye contact. She often gets distracted by handsome men.

If you think this is it, then you are wrong because there are more interesting aliens who will be visiting our planet soon. Stay tuned to know more about them.

Will Arjun Go For The Death Dive? The Final Call Finale Will Keep You Glued To The Screen