These catchphrases are perfect to set a new trend among your peers. 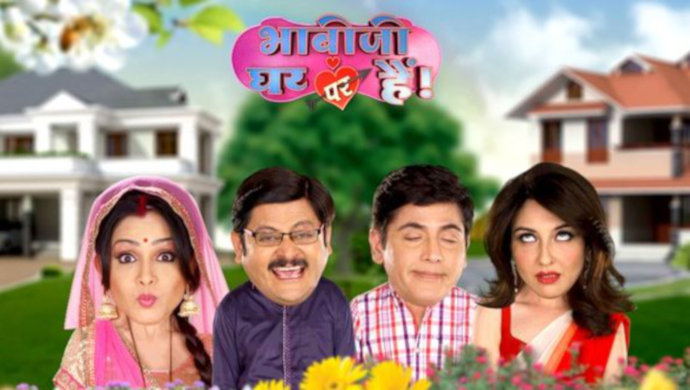 Life is too short to wear boring clothes. If given a choice, who wouldn’t like to wear cool T-shirts with funny captions, which will make you look cooler. Following the trend, there are some iconic dialogues and titles of Hindi films that have already been used as T-shirt captions. But have you ever wondered how will the popular lines of your favourite TV show look like as T-shirt captions, sounds interesting right? As we say this, let’s be honest that there’s no other option to the best show Bhabi Ji Ghar Par Hain and it’s witty dialogues. Thanks to the writers that this show has the funniest catchphrases on the show have a look:

We have created a list of cool catchphrases that will be the perfect match for your casual wear:

No doubt that ‘Sahi Pakde Hain’ is the most popular and famous catchphrase that has become the punchline of the show. Whenever there’s a mention of this show or Angoori Bhabhi’s character (played by Shubhangi Atre Poorey), automatically this line comes to one’s mind. Certainly, if there’s a T-Shirt caption on this popular line, you can simply smile and point to the slogan, if someone gets the point you’re trying to explain or if someone clears the queries you may have. ‘Kyun! Sahi pakde hain ki nahi.’

There are so many small things for which some people get hurt and take it up to their ego. Really, this T-Shirt caption of Vibhuti Mishra’s (played by Aasif Sheikh) popular line ‘I am sarry’ will make your life easy at such times. Isn’t it a good idea? We don’t hold any doubts over this.

The T-Shirt caption itself says it all. The fans who madly love Saxenaji’s (played by Saanand Verma) character would not think twice to get this if it comes out there. Surely, we are also one of them. ‘I like it!’.

Yet another line which is thoroughly enjoyed by everyone the most. Daroga Happu Singh’s (played by Yogesh Tripathi) line in the show has indeed achieved much popularity over the time and has become inevitable with the actor in his real life too. Surely, the fans would love it anytime to have a T-Shirt with this funny caption of their favourite character. Don’t you agree as well?

Now that’s a dialogue which ultimately went on to become a craze and today is touted as an epic line of an epic show. Be it Tiwariji or Vibhuti, they are surely responsible for making this line what it is today for the countless admirers of the show. Indeed, no one will miss out on getting a T-Shirt with this popular line.

Which one did you like the most? Let us know in the comments section below.

2 Music Artists. 24 Hours. One Epic Challenge! Thats Lockdown For You

EXCLUSIVE! Naveen Kasturia: I Am An Accidental Actor And Struggle A Lot On Sets