This Pawan Kripalani directorial has some interesting facts you wouldn't want to miss. 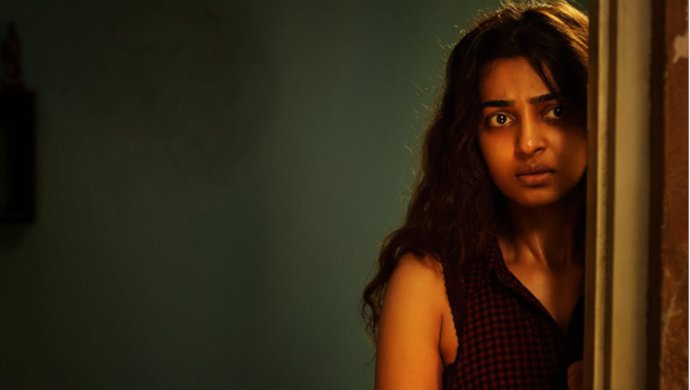 Making a film takes a whole lot of effort as well solid team work. It’s easy to sit back and pass critique. But it’s only when we get a sneak peek into a film’s making that we come to know the hardships that the cast and crew members endure for months together.

Pawan Kripalani’s psychological thriller Phobia proved to be a unique film that sent chills down our spine. The film starred Radhika Apte (playing Mehak) as the main lead, and broke barriers with the sensible way in which it addressed mental health.

While Phobia impressed onscreen, there was tremendous hard work involved in making it look that way. Here are some behind-the-scenes facts you probably didn’t know about the film.

The usual trend is that the filmmaker finishes writing the screenplay and then approaches an actor to play the part. But with Pawan, it was vice-versa. He wanted a highly talented and strong actress to play Mehak, and hence thought of Radhika Apte and wrote the screenplay for her.

2. Radhika and her co-stars are neighbors and close friends

Radhika and her co-star Satyadeep Mishra who plays Shaan, Mehak’s friend in the film, are neighbours and even very close friends. No wonder they had such good chemistry on-screen!

3.There was something in the air that night

Radhika reveals that she as well as some members from the crew fell sick together on the sets, as there was something in the air. They all had to continue shooting wearing masks. The actress said that she had high fever for two days and yet, continued to shoot.

Radhika had to shoot some of the most difficult scenes in the film during her illness. We salute her dedication!

4. The team shot for a virtual reality trailer

While some of you may have seen the official trailer of the film, there is a virtual reality trailer that the Phobia team had come up with. In this trailer, viewers can operate the screen to get a first-hand experience of virtual reality.

In the trailer, Radhika is seen talking to the audience and giving them a virtual tour of her apartment, while she witnesses certain spooky incidents.

The actress shot for the trailer after having travelled for 12 hours straight. She was sleep deprived for 36 hours! The Phobia team’s consolidated effort surely didn’t go in vain.

Which is film of Radhika’s do you like the most? Tell us in the comments section below!

In Mood For Something Spooky? Zee 5's Original Series Parchayee Should Be Your Next Pick!

Saumya Tandon's Love For Sweets Will Surely Make You Order A Dessert Right Away!