This Actor From Ek Mahanayak Dr. B R Ambedkar Has Worked In Ajay Devgn Starrer Tanhaji!

Can you guess who this actor is? Tanhaji: The Unsung Warrior is an upcoming biographical period action film starring Ajay Devgn, Saif Ali Khan & Kajol 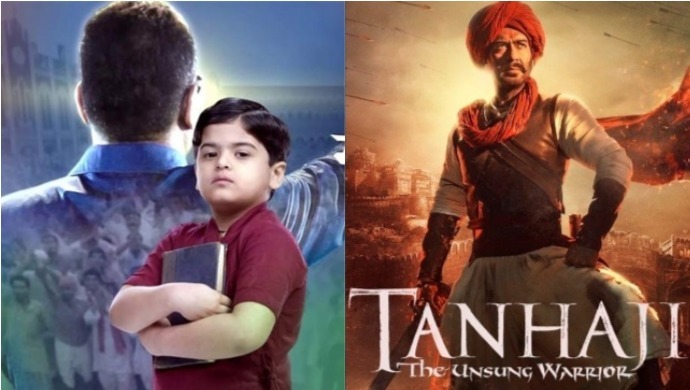 And TV’s latest docu-drama, Ek Mahanayak Dr. B R Ambedkar has been at the receiving end of tremendous, positive reviews by the audience. In a matter of two weeks since its premiere, the show has managed to become one of the most viewed shows on the channel.

Watch the latest episode of the show here.

Today, we are going to share with you, a nugget of interesting information about one of the actors from the show, who will be seen sharing the big screen with the Singham actor, Ajay Devgn, in his upcoming movie, Tanhaji: The Unsung Warrior. Before we reveal who this actor is, would you like to make a guess? Here’s a hint: He will be seen playing the role of Tanhaji’s father, Kaloji Malusare.

Scroll down to see if you guessed it right.

Here’s a picture shared by the actor on his social media:

Jagannath Nivangune, who plays the character of Ramji Sakpal also known to all of us as, Bhimrao’s father, will be seen playing the character of Tanhaji’s father in the movie. How lucky is the actor to play the role of the father of two great personalities, on the TV as well as in the film.

Did you guess it right? Let us know in the comments section below.

For more entertainment, check out the latest releases streaming exclusively on ZEE5.

The Chargesheet: Innocent Or Guilty Is A Puzzle Of White Lies, Black Truths; Promos Inside