Hint: This actor has already worked with many Bollywood and TV actors and is now playing the role of a 'smart alec' in Happu Ki Ultan Paltan. 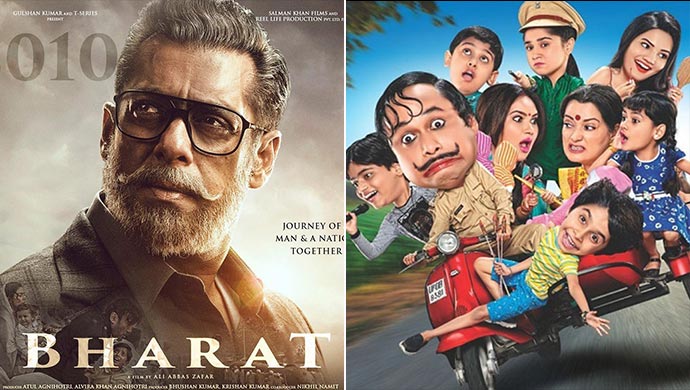 As the days are passing, the excitement for Salman Khan’s upcoming movie Bharat is soaring amongst his fans. The movie has completed its shooting on 5th March 2019 and now the fans are waiting for its release. Along with Salman and Katrina, we will be seeing Disha Patani, Jackie Shroff, Tabu and Satish Kaushik. After reading the headline you might be wondering why is the name of the actor from the TV show Happu Ki Ultan Paltan not included yet? If you were guessing about Aasif Sheikh then you are wrong! Hint: the actor is one of the 9 kids of Happu Singh.

Watch this notorious kid performing on the show below:

Well, let’s reveal it to you. It is none other than the child actor Aryan Prajapati. Aryan is one of the most popular child artistes in the TV and film industry. Currently, he plays the role of Hrithik Happu Singh in the comedy show Happu Ki Ultan Paltan. Talking about his character, Hrithik is an over-smart kid and also the favourite of his onscreen mother, Rajesh. Every time Rajesh makes a plan she involves him, but like we said that he is an over-smart kid, he makes sure to ask for something in return from his mother. Surely, this trait comes from his Nyochavarkhor father Happu Singh.

In real life, the child actor is notorious but also a talented kid as he concentrates on his studies and with the help of his mother, he manages to cope up with his studies. When we heard of the news we were surprised how this talented actor is achieving new heights of success at an early age. We are even more excited to watch this little actor in the movie along with the superstar Salman Khan. The trailer of Bharat is said to be released on 24th April 2019 and the movie will be released on the occasion of Eid.