This scene from Paramavtar Shri Krishna will give you a strong recall to the magnum opus Baahubali. 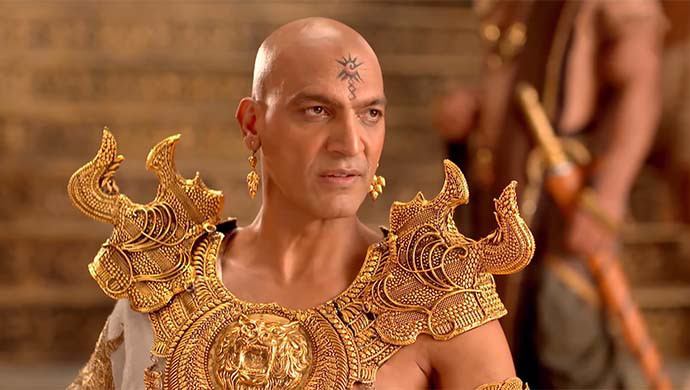 It’s very rare to see a larger-than-life character create magic on the small screen. Manish Wadhwa’s performance as tyrant ruler Kans is one of the most interesting things about Paramavatar Shri Krishna. The actor has delivered a brilliant performance that has made his portrayal of Kans as one of the best villains of all time.

If we go back to the beginning of this popular show aired on And TV, it was in the first episode itself, when Kans’ character gave the viewers a strong recall of another epic character, that was seen on the big screen. No points for guessing, it is actor Rana Daggubati’s epic character Bhallaladeva from filmmaker SS Rajamouli’s magnum opus Baahubali.

The first episode of Paramavatar Shri Krishna witnessed Manish Wadhwa aka Kans’s character declaring himself as a God on this earth. have a look:

Considering this, he gets a huge statue of himself made for everyone to worship. This scene reminded us of Bhallaladeva’s character from film Baahubali. The magnum opus had several breath-taking scenes in it and who can forget the pre-interval scene in the first part where Bhallaladeva’s statue is being erected. On Paramavatar Shri Krishna, we got to see Kans’ figure being uplifted. This action of Kans on the show reminded us of the Baahubali scene. What’s your take?

Watch all episodes of Paramavatar Shri Krishna on ZEE5.