Life is all about learning, be it reel or real life. These Bhabi Ji Ghar Par Hai actors seem to learn from one another. 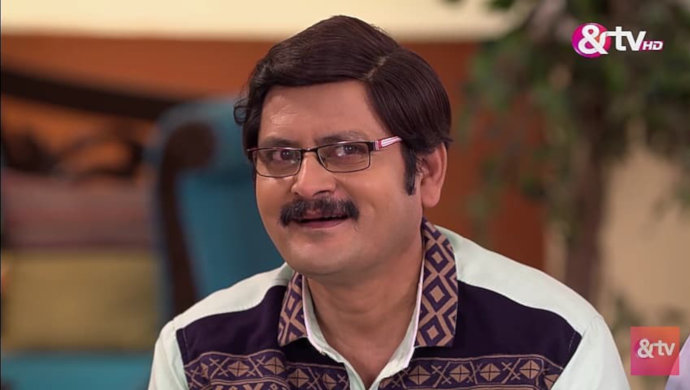 Rohitash Gaud is one actor who is known for his wit. He is popularly known today by his screen name Manmohan Tiwari aka Tiwariji from the show Bhabi Ji Ghar Par Hain. The actor enjoys a huge fan following that the show has garnered over the time. His performance on the show is worth appreciation, take a look:

Owing to the tight shooting schedule of this show, actor Rohitash usually misses spending time with his family. So, in his free time when he gets that chance to spend quality time with them, he sometimes adopts a quality from Vibhuti Mishra’s reel life character in his own show Bhabi Ji Ghar Par Hain. What? Let’s break this to you!

The actor has revealed that he tries to help his wife Rekha Gour in cooking but finds it quite a task. He said in one of his earlier statements, “Whenever I find time from shooting, I try helping Rekha in cooking. It is quite a task but this gives me a chance to spend time with her which I usually miss because of a busy schedule.”

The ones who love to see this show would pretty well know that Vibhuti Mishra’s character (played by Aasif Sheikh) is popular for being a ‘nalla’ due to which he does all his household work which includes cooking as well. Well, now Rohitash’s ‘cooking help’ to his wife in real life makes him adopt the reel life quality of Vibhuti Mishra of BGPH in a light-hearted way. Don’t you agree with us on this ‘cooking’ connect?

Catch The Accidental Prime Minister on ZEE5 25 May 2019 onwards!

Table No. 5 Is An Exciting, Thrilling Web Series That Should Be Added To Your Binge Watch List.

Bhabi Ji Ghar Par Hain 24 May 2019 Preview: Are Vibhuti And Tiwari Being Tricked?