This Scene From Paramavatar Shri Krishna Will Remind You Of The Magnum Opus Baahubali!

Can you guess what is the similarity? To give you a hint, it was seen in the recent episode of Paramavatar Shri Krishna starring Sudeep Sahir. 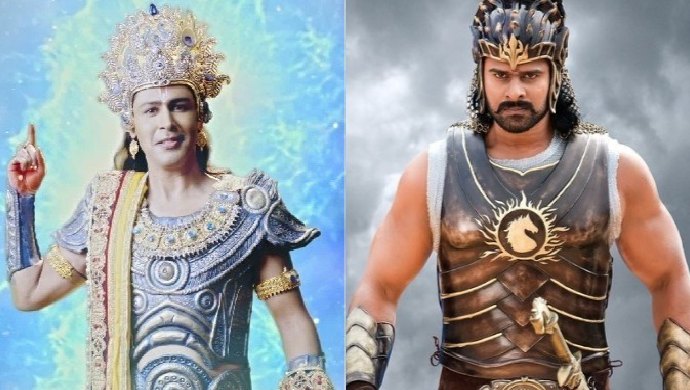 We love watching ancient and mythological tales as much as we love SciFi and action movies. In the recent past, we have seen many films and TV show makers taking interest in these areas and presenting these tales thought their perspective. What works here is the level of detail and innovation without touching the critical parts especially when it comes to mythological stories. One of the best examples of such shows is Paramavatar Shri Krishna as this mythological show has a following across India.

After the death of Kans, the makers decided to take a leap and begin with the Mahabharat theme. With this, the audience was introduced to the grown-up Krishna played by the actor Ssudeep Sahir. Mahabharat is known to be the most important and epic battle in the history of Hindu mythology.

In the recent episode of the show, Dronacharya refuses to teach Karna because he does not belong to royal blood. Karna then decides to search for Parshuram and learn archery from him. He travels through jungles to find Parshuram and during these scenes, we found a similarity between the show and the popular film Baahubai: The Beginning.

Take a look at the pictures below:

The bow and arrow jump:

Did you feel the same? Let us know your thought in the comments section.

Engineers Day: 9 Engineers Who Followed Their Passion And Made It Big In Bollywood