This Video Of Tiwariji Rehearsing With The ‘Future’ Anita Bhabi Will Make You Go Aww!

Our dearest Tiwariji aka Rohitash was seen practicing with his daughter who beautifully acted like Anita Bhabi! 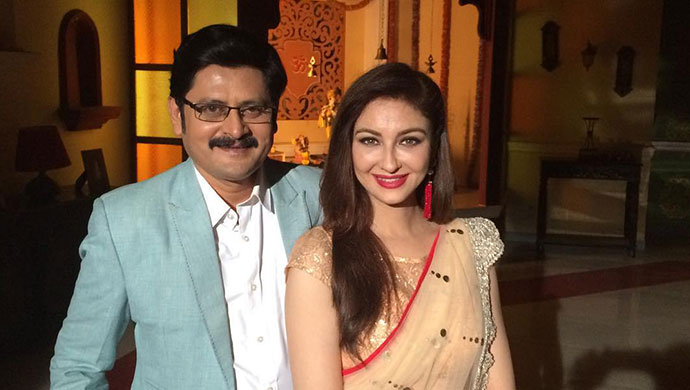 Anita bhabi from the popular show Bhabi Ji Ghar Par Hain has always been our favourite character for her sense of style and sarcastic replies. It is fun to watch how she deals with her Nulla Husband and problems caused by him. The character of Anita bhabi is the perfect example of a modern woman as she is the breadwinner and doesn’t depend on her husband. Actor Saumya Tandon who portrays the role of Anita Bhabi is also a modern woman in real life.

Watch the episode of Bhabi Ji Ghar Par Hain below:

Her fans are aware that recently the actress delivered a beautiful baby boy and she named him Miraan, which was suggested by a fan. And with this, there was the news about her leaving the show which disheartened her fans. Today after reading the headline you might be thinking that it was true but we suggest you hold on to your horses as it is not what you are speculating.

Our dearest Tiwariji aka Rohitash Gaud posted a video on Instagram where he is seen practicing dialogues with the future Anita bhabi. Take a look at the post below:

My younger daughter sanjiti playing Anita bhabhi with me.

It’s none other than Rohitash’s daughter Sanjiti who is seen playing Anita bhabi and her father playing our favourite Tiwariji. It was a behind the screen scene where Rohitash and his daughter were having a fun time in his makeup room. It wouldn’t be wrong to say that Sanjiti also has the skill in her blood just like her father Rohitash. We would love to see this young talent performing on the show. In the post, we also see Rohitash’s wife and Saleem Zaidi aka Tillu recording the scene on his phone. Now that we know that Saumya is not leaving the show, this makes us and her fans feel happy.

Do you love watching horror shows? We suggest you watch Laal Ishq streaming on ZEE5.