#ThrowbackThursday: If Not Acting, This Would Have Been Vishal Karwal’s Career Choice

The Paramavatar Shri Krishna actor, who plays the role of Lord Vishnu, spoke about his alternate career option in his earlier interview. 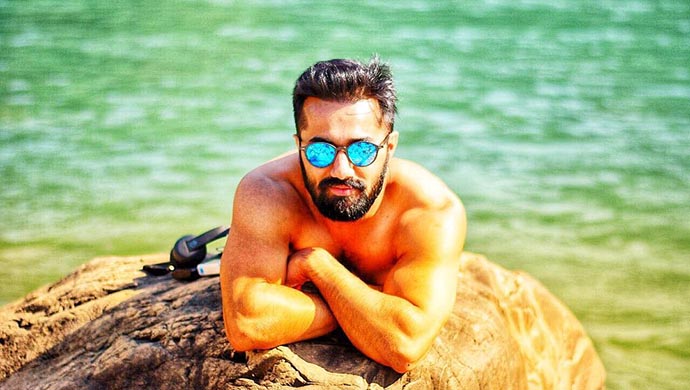 Vishal Karwal is one actor who has impressed the audience with a variety of roles he has played on the small screen. The actor was previously seen playing the role of Lord Vishnu on And TV’s popular mythological show Paramavatar Shri Krishna. We must say that Vishal has a major contribution to the success of the show.

Enjoying this phase of stardom, not many of his fans are aware that if he hadn’t had ventured into acting, he would have chosen a different profession. Guessing what it would be? Worry not, we will help you with that.

In one of his earlier interviews to a leading daily, Vishal had said, “If not an actor, I would have been a pilot. I still miss flying.” Yes! You read that right. For the ones who aren’t aware, Vishal is a trained commercial pilot.  After completing his Bachelors in Engineering in 2008, he went to Texas in the USA to pursue a pilot training course.

Further, in another interview, he expressed his desire to fly a plane. He said, “Hopefully, I will get to convert my American flying license to the Indian license soon so that I will fly once again.”

Well, we don’t know about him becoming a pilot, but aren’t you glad that he chose acting and not flying. On second thoughts, he’d make a damn good looking bloke in that pilot uniform. Don’t you agree with us?

What was your first guess after reading the title? Let us know in the comments section below.