Director Vaibhav Mutha calmed her down when she was tensed and said ‘Main Hoon Na'. 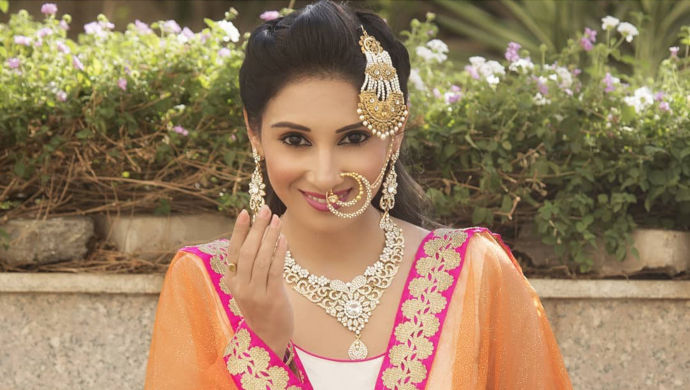 Actress Tia Gandwani is a household name thanks to her roles in popular TV shows. As a performer, one of the most challenging characters she has got to perform onscreen is that of Rohini Devi in And TV’s mythological show Paramavatar Shri Krishna.

Receiving praises for Rohini’s portrayal, not many of Tia’s fans know that the actress has a special connection with the show’s first and former director Vaibhav Mutha. Let’s reveal it to you!

This talented actress is married to the brilliant director. In fact, when the actress had to shoot for an underwater sequence for the show, it was her supportive better half, who gave her the courage to carry out the difficult scenes. The actress opened up about this in one of her interviews, where she said, “I learnt swimming for this scene. It was very scary because I had to jump backwards in the water but eventually I had enjoyed doing the scene. What actually gave me the courage was the fact that my husband (Vaibhav Mutha) who is the director of the show was shooting the scene.”

Have a look at this beautiful selfie of Tia along with her hubby Vaibhav clicked on the sets of Paramavatar Shri Krishna here:

“His presence was a big factor in helping me perform my act properly. He calmed me down when I was tensed, he said ‘Main hoon na, tension mat lo, kudd jao’ (I am there, don’t take tension, just jump). I even learnt horse riding because my entry was shot with me riding a horse,” added the actress.

Fans who have seen this particular underwater scene would agree with her and it goes to show that just like her character Rohini, Tia is a strong and determined person in real life.

Did you know this fact before? Let us know in the comments section below.

If Not An Actress This Is What Meri Hanikarak Biwi's Devina Pandey Would Do!

EXCLUSIVE! Yours Truly Actor Soni Razdan: I Relate To Mithi Kumar Because I Do Feel Lonely