Timeline Of Nabha Jailbreak: A Minute-By-Minute Breakdown Of #The24HourChase 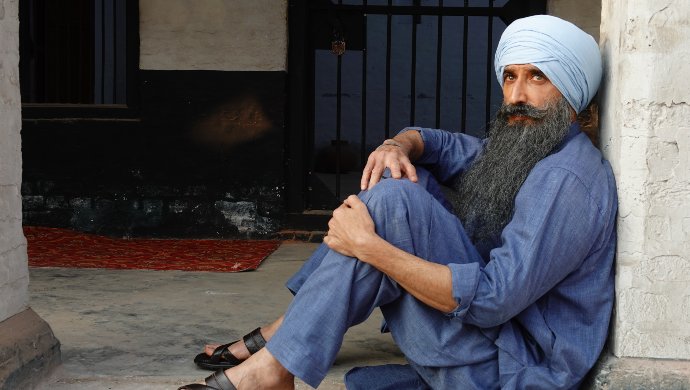 ZEE5 Original Film Operation Parindey released on 7 March 2020 on the OTT platform. The film stars Rahul Dev, Amit Sadh, Amit Gaur, Rucha Inamdar and more in pivotal roles. Directed by Sanjay Gadhvi, the film’s plot is inspired by true events involving a scandalising jailbreak that took place in one of the maximum-security prisons. The jailbreak led to six convicts escaping the prison, including two terrorists and heinous gangsters. While four of them were rearrested in less than a year, one was shot in an encounter and one continues to walk free without any hassle. Out of the four rearrested convicts, one of them succumbed to a cardiac arrest and passed away back in 2018.

Interestingly, the whole escape took place in less than three hours. In fact, the lax in the security caused was the primary concern that resulted in such a controversial jailbreak. Find below, the timeline of how the prison break took place in a short span of time.

8.30 am: 6 criminals park their SUV, a Fortuner and a Hyundai Verna, outside the maximum security prison, Nabha in police uniforms.

8.35 am: Out of the six men, five are dressed in police uniform and pretend that they have brought over a prisoner in handcuffs. They reach the outside gate and inform the guard that they are bringing in a new prisoner to the maximum-security prison.

8.35 to 8.40 am: The men pass through the inner gate, travel for roughly 50 metres and again pretend to bring in a prisoner for lodging in the prison. As soon as the guard opens the gate, they overpower him and open fire.

8.45 am: They get access to the pathway that connects the prisoner barracks to the gate. The two terrorists and the four gangsters, meanwhile, are waiting for their rescuers.

8.50 am: The perpetrators only have basic ammunition. They snatch an SLR rifle from one of the jail guards and begin to march towards the exit of the jail premises in the two vehicles along with the six prisoners set free. Throughout their exit, they continue to fire until they leave from the prison and turn towards a highway.

8.55 am: The escaped convicts reach a closed railway crossing and try to get to the other side. However, as they are unable to cross over to the other side, they turn around and return to the jail, starting their firing all over again.

9.05 am: The convicts then rush from the jail towards Nabha and then move on to Samana, a highway that connects to the Haryana border.

9.00 to 9.05 am: One of the guards of the jail opens fire from a light machine gun and shoots 11 bullets. However, none of them hit any of the criminals. Eyewitnesses have quoted that the guard opened fire after the criminals escaped.

9.30 am: News about the jailbreak is flashed across the state, checkposts are instantly set up while the security of CM, Deputy CM and Punjab Governor tagged into the scene.

10.30 am: The Punjab Police at Samana tries to stop a car that is suspected to have the convicts within. However, they are unable to stop it and continue to shoot fire. In their attempt to stop the car, they accidentally fire an innocent girl, who succumbs and dies. The villagers instantly protest over the killing and register a murder case against unknown people.

10.30 am: A high alert is sent to Haryana after the police and checkpoints are set up to nab the terrorists and criminals who have escaped.

11.30 am: One of the terrorists takes a busy journey to Kurukshetra, gets his hair and beard trimmed. He takes another bus to Panipat and a third one to the Nizamuddin Railway Station.

11.30 am: ADGP Prisons are suspended by the Punjab government and services are dismissed to the jail superintendent and deputy superintendent. Meanwhile, an emergency meeting is set between the Punjab Home Minister Sukhbir Badal and DGP Suresh Arora.

1.30 pm: Deputy Chief Minister Sukhbir Badal states that a special task force will be formed to nab the convicts and hints at an ISI connection in plotting the escape.

4.30 pm: Deputy CM Sukhbir Badal and DGP reach Nabha jail to check the place from where the convicts escaped.

6.00 pm: UP Police also get involved and manage to nab one of the gangsters from UP – Haryana border. The gangster nabbed by them is among the 10 criminals to mastermind the escape from the maximum-security prison. The white Fortuner which was used during the escape is recovered with arms and ammunition in large quantity.

7.30 pm: Same evening, the Hyundai Verna with fake number plates is also recovered from Kaithal. The police start searching for convicts in the area. By then, two of four cars are recovered.

9 pm to 2 am: The terrorist mastermind makes a phone call to one of his relatives which is monitored by the Punjab police. The call is made in Delhi while the terrorist purchases a buy to Panwel (assuming this is Panvel, please confirm with the deck team) and then Goa with a plan to eventually leave the country. He is identified by a special cell of officers at Nizamuddin and after a brief scuffle, is taken into custody.

2 am to present: Several raids are taken place across different locations in Delhi to rearrest the second terrorist.

28 Nov 8 am: A third getaway car, a white i20 recovered from Kaithal is nabbed. However, the four criminals have fled from the car towards an unknown direction by taking a bus.

28 Nov through the day: The operation to nab the rest of the escaped convicts, as well as their contacts in the outside world who helped with the escape, continues across Punjab, Haryana, Delhi, Chandigarh and UP.

Watch It Happened In Calcutta, Now Streaming On ZEE5