Karrle Tu Mohabbat is a romantic saga that tells us that love has no age limit. Here are the top 3 Karan-Tipsy moments from each season of this show. 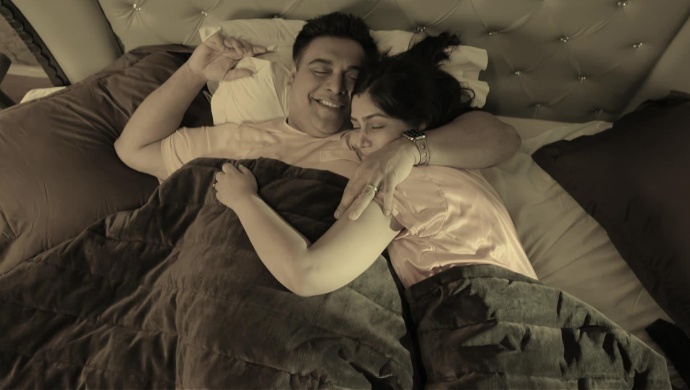 Karrle Tu Bhi Mohabbat is a show that assures people that romance can be found at any point in your life, and how one must never give up on your partner. It also has a childlike essence that makes you root for the chemistry of Karan and Tipsy, this show may have many ups and downs but one thing is consistent that is the love Tipsy and Karan have for each other. Here are the favorite Karan-Tipsy moments that will make you fall in love with the show all over again.

In Season 1, when Tipsy and Karan went to Mahabaleshwar for a trip to rejuvenate and detox Karan. On that trip, many instances take place where Karan takes a stand for her and they come closer to each other. They start getting to know each other. This is one of the very special moments in the show, as this is when Karan first realizes that he is in love with Tipsy, and he starts feeling the first sign of love.

Watch the first episode of Season one here:

In Season 2, After Karan confesses his love for Tipsy, she is still in denial but at one point when Tipsy is almost running away from the car, and she is in the car with Anandam, Karan is following her and Tipsy’s car stops at an isolated area, where a couple of goons try and attack them but even Karan is there and amidst all this Tipsy and Karan break into a banter which confuses the goon totally, eventually causing them to leave. Its then, Karan finds a hawker who had toys with him and he buys a pink toy with a plastic ring and then he proposes to her in all this chaos leaving Tipsy completely baffled. This was one of the most romantic moments of the season.

In Season 3, things get complicated Tipsy and Karan are separated because of insecurity issues and problems but what Karan does not know is, that he has a daughter which Tipsy did not tell him about, even though there are many obstacles and allegations that make it seem that this won’t last but seeing Tipsy stand up for Karan in a legal battle reassures everyone that there is always room for hope and love.

You can watch similar shows only on Zee5

Ghoomketu: Meet The Idiosyncratic Characters Of This Comedy Drama Film Coming On ZEE5