Based on the childhood of the Indian mythological character Hanuman, this animated film shows how the legendary vaanar came to be so powerful! 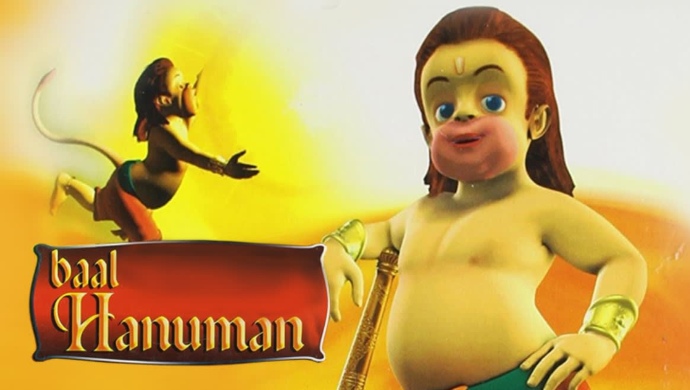 Who says time travel is impossible? Movies can make you do that in the comfort of your home! ZEE5 KIDS #Non-stopBachFUN has brought to you a collection of some amazing animated films and series. If your child is missing out on school during the Coronavirus #Lockdown, India’s largest OTT platform is doing its job. The story of one of the strongest mythical beings ever, Bal Hanuman takes you through the childhood and brave achievements of Ram and Sita’s most ardent devotee!

Born as Maruti to Anjani (apsara turned vaanari) and Kesari (vaanar – meaning forest man), Hanuman was a result of his mother’s incessant prayers, the wind god Vayu Dev’s blessings, and consumption of a food (prasad) sacred to Mahadev Shiva. Dwelling on the mountain of Sumeru, Maruti and his family moved to Kishkindha where Kesari was appointed as the king. It is believed that Shri Ram and his three brothers were also born because King Dashrath’s wives also ate the same prasad. No wonder Hanuman loved Shri Ram so deeply!

According to Valmiki’s Ramayan, one morning, in his childhood, Hanuman was very hungry and saw the rising red coloured sun. Mistaking it for a divine ripe fruit, he leapt up in the sky in order to eat it, having learnt to fly from his divine father Vayu Dev in devlok, Hanuman’s leap turned into a long flight to outer space. With his supernatural powers, he magnified himself to match the sun’s size. He then opened his mouth wide and swallows the giant ball of fire with utmost ease!

Do you know how Maruti became Hanuman? Well, when returning to earth, Maruti had to face the gods (deva sena) who were furious at him for trespassing on their territory to gobble up the sun. Being defeated by Maruti, the gods Vayu Dev (god of wind), Varun Dev (god of water), Agni Dev (god of fire) and Brahma Dev (god of creation) blessed him with divine powers like immortality. Indra Dev (king of gods) gave him a new name because he had attacked Maruti on the jaw with his lightning bolt (vajra), and given him the trademark pout! So, Maruti became Hanuman, which means ‘one with a disfigured jaw!’

As Hanuman grew older, he formed a closer bond with his aradhya (whom one worships) Shri Ram. This devotion was ingrained in him since he was an avatar (form) of Mahadev Shiva. Later, he became the greatest vaanar in history by saving Sita from the demon Raavan!

Did you know that Hanuman is one of the seven Chiranjeevis (immortals) of Hindu mythology? To know more, watch the full animated movie Bal Hanuman, streaming for FREE on ZEE5 KIDS!

5 Binge-Watch Rituals You Should Follow While Watching Horror Movies