ZEE5 Originals like It Happened In Calcutta and Kark Rogue recognise the dedication of medical professionals to help patients. 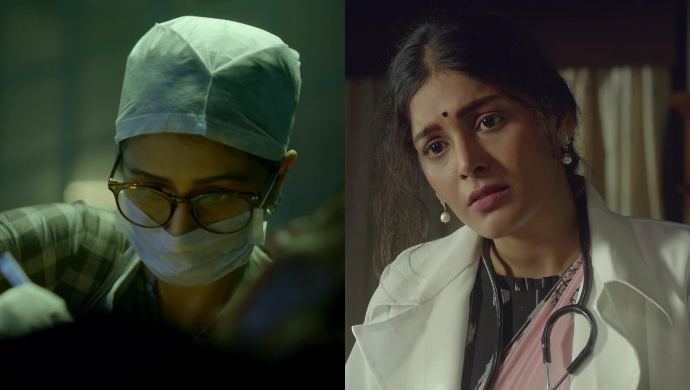 As the Coronavirus outbreak is a pandemic not only in India but across the world, medical professionals like doctors, surgeons, nurses, ward boys, laboratory workers, research and development officials, janitors, etc. have sacrificed their time and risked their health to save patients’ lives! On 22 March 2020, to honour the contribution of hospital and emergency staff, Prime Minister Narendra Modi encouraged India to clap for them as a sign of gratitude. Grabbing the noble opportunity, ZEE5 also appreciates the doctors of original series It Happened In Calcutta and Kark Rogue who fought against the cholera epidemic in the 1960s, and cancer, a widespread deadly disease:

In 1961, Calcutta (Kolkata) was hit by cholera, an infectious bacterial disease of the small intestine, which is often fatal. It is mainly water-borne and causes severe vomiting and diarrhoea. Dr Kusum Ganguly, essayed by Naghma Rizwan, was the first female M.B.B.S student of Calcutta Medical College and doctor in six generations of her family. She dedicated her life to treating cholera patients who were suffering terribly and raised funds for them.

Dr Ronobir Chatterjee, played by Karan Kundrra, returns from London after becoming a doctor to serve in India. He joins hands with a team of 30 doctors and nurses to accommodate, treat and save over 2000 patients. Later, he even encourages the team to shelter and attend to refugees who were diseased and injured during the Indo-Pak war in 1971. Dr Ratan Bagchi, portrayed by Harman Singha, leaves no efforts to do his part. As undertaken in the Hippocratic Oath, he puts his patients before himself!

Chitrangada Satarupa essays Dr Beas Banerjee, an autopsy surgeon who was a cancer patient herself. So, she understands the pain of patients who suffer from the serious and fatal ailment. When she discovers a pattern in a series of deaths, rather murders, happening in the city, she takes it upon herself to save the patients on the hit list that are still alive! An illegal drug trial for blood cancer has taken place which was causing another type of cancer (lymphoma) as a side effect.

With the help of her companion Dr Saikat Mitra, essayed by Sudip Sarkar, she risks her life and saves a little girl from dying of cancer. The latter turns out to be the only daughter of Police Inspector Barun Sarkar, who was helping Beas with the investigation throughout. Along with medical professionals, the security and emergency staff also need to be appreciated for their selfless contribution. Here, we see that doctors not only treat the patients with medication but also feel for and take care of them!

Show some love to the medical and emergency staff in the comments section below. Don’t forget to watch ZEE5 Original series It Happened In Calcutta, streaming exclusively on ZEE5!

You can get all of Coronavirus Pandemic LIVE Updates on ZEE5 News now!