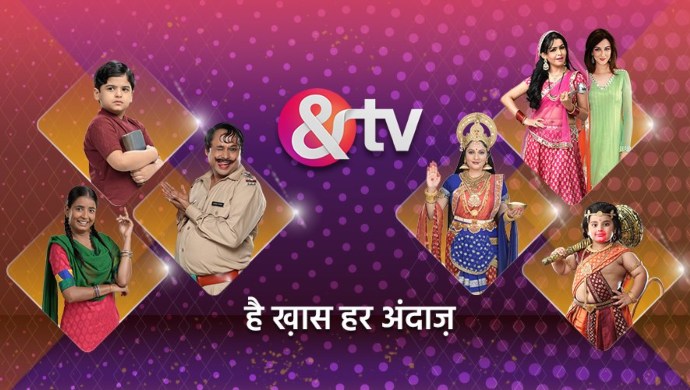 2 March 2015 marked the beginning of &TV, the flagship Hindi General Entertainment Channel (GEC) launched under Zee Entertainment Enterprises Limited (ZEEL). On 2 March 2020, &TV completed #5SaalBemisaal of media broadcast and celebrated its anniversary! The very first entrant was India Poochega – Sabse Shaana Kaun?, the reality game show hosted by the Badshah of Bollywood, Shah Rukh Khan! Relaying without ceasing, since then, the baton has been passed on to serials like Razia Sultan, Begusarai, Bhabi Ji Ghar Par Hain! and Badii Devrani, the very fiction line-up on &TV.

Deriving from the conjunction “and” (&), the channel’s mission is to bind people, ideologies and philosophies together. Mirroring the thinking and values of an evolved India, &TV represented itself as the New Age &dia! Commenting on the milestone, Mr Punit Goenka (MD and CEO – ZEE) had said, “&TV will offer a more substantial viewing experience to an audience that is always seeking fresh and relevant content”. From 2018, &TV has been living its new slogan “Hai Khaas Har Andaaz”, translating to “Every Style Is Special”!

Since its inception, &TV has been a channel that is an epitome of its slogan by tapping into not one but multiple genres, ranging from comedy to devotional, horror to historic, slice-of-life to larger-than-life drama and many more. In the religious genre, it has brought to you, shows like Kahat Hanuman Jai Shri Ram, Santoshi Maa Sunayein Vrat Kathayein and Paramavtar Shri Krishna. The dramatic daily soaps include Meri Hanikarak Biwi, Gangaa, Badho Bahu, Badii Devrani and Begusarai.

The horror genre, the paranormal suspense thriller show is Laal Ishq. Period dramas like Ek Mahanayak – Dr B. R. Ambedkar and Razia Sultan fall under the historic/epic stories genre. And the most famous shows of &TV are in the comedy genre, namely  Gudiya Humari Sabhi Pe Bhari, Bhabi Ji Ghar Par Hain! and its character spin-off Happu Ki Ultan Paltan. The two latter shows have not failed to scale up on the TRP charts since their commencement respectively!

With rising TRPs, &TV and Bhabi Ji Ghar Par Hain! celebrated their 5th anniversary on the same day. The lead cast- Aasif Sheikh, Shubhangi Atre Poorey, Saumya Tandon and Rohitashv Gour, along with the crew, cut a cake on the show’s set- Sanya Film Studio in Naigaon, Mumbai. Vishnu Shankar, the Programming Head of &TV, expressed about the milestone success, “The honesty in its characters and storytelling is rare, which has connected with the audience for so long. We hope for 10 years of the show now!”

Also, Happu Ki Ultan Paltan, the spin-off of the above show, celebrated its 1 year anniversary on 4 March 2020. The lead cast- Yogesh Tripathi, Kamna Pathak and Himani Shivpuri enjoyed cutting a cake on the set of the show in Naigaon, Mumbai. In an interview with &TV, Yogesh Tripathi expressed, ” I am ecstatic. The experience of 1 year has been phenomenal. Never in my life had I thought that a show would be named after my character. It’s a good feeling!”

Shubhangi Atre On #5SaalBemisaal Of BGPH: I Feel The Show Was Made For Me Only!

To catch all the entertainment that &TV has to offer, hop on to watch all the episodes of Bhabi Ji Ghar Par Hain! and Happu Ki Ultan Paltan, streaming exclusively for you on ZEE5!