Unlock: The Haunted App: Reasons To Believe That Such Killer Apps Exist 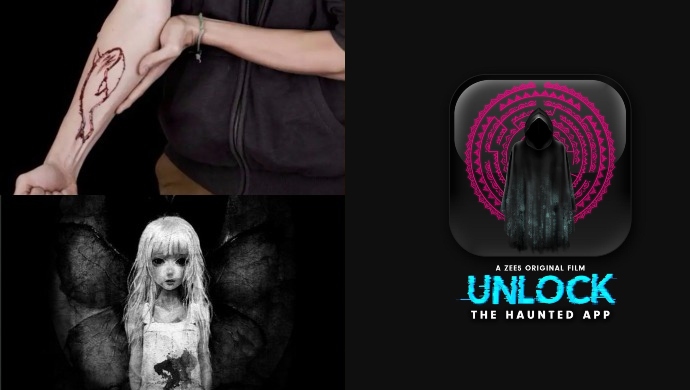 Unlock: The Haunted App is yet another ZEE5 upcoming original tech-horror movie which will feature Hina Khan and Kushal Tandon in lead roles. Both Hina and Kushal will spill magic with their on-screen sizzling chemistry. The film is helmed by Debatma Mandal and will release soon. The story of the thriller drama film will revolve around a scary deadly app which grants one’s darkest wishes. The film is produced by Krasnaya Corporation LLP and Horse Films LLP. Suhani (Hina Khan) is madly in love with Amar (Kushal) and the two head over heels in Riddhi is snatching her boyfriend and tries her level best to make things right. Suhani installs an app and it grants her darkest wishes. Let’s take a look at some similar dangerous app that still exist.

The Blue Whale suicide game created a lot of stir on the internet and became the talk of the town within no time. In this game, the administrators ask children, teens to take a series of challenges that end by killing themselves. This game killed more than 100 teens who got addicted to this game due to peer pressure and leading kids to end their life. In 2019, cops arrested the mastermind Philipp Budeikin behind this app which demanded players to complete tasks in 50 days.

Momo Challenge is one of the most dangerous games which allegedly targets young children by encouraging them to text a number and eventually sends them instructions to complete a series of tasks which leads to taking their lives. Moreover, kids were threatened if they do not complete the task then the information would be leaked.

In this online game, a child is lost in the forest and ask players for help to send her home. As the game starts, players are asked a few personal questions and the game is filled with frightening audio and visuals.

This online challenge game encourages players to cut their body parts with a sharp knife or razor. Later, they are supposed to send pictures to their friends or share it on social media.

This game is also known as a fainting game which requires 2 players where one tries to strangulate the other one. This game has reported several deaths due to challenge which leads to deprivation of oxygen and temporary unconscious or dizzy feeling.