Uri Vs State Of Siege: 26/11: Which Thriller Had Better Action Sequences? Vote Here

Uri: The Surgical Strike and State Of Siege: 26/11 are both action thrillers with quite a few similarities. Vote for your favourite show/film here. 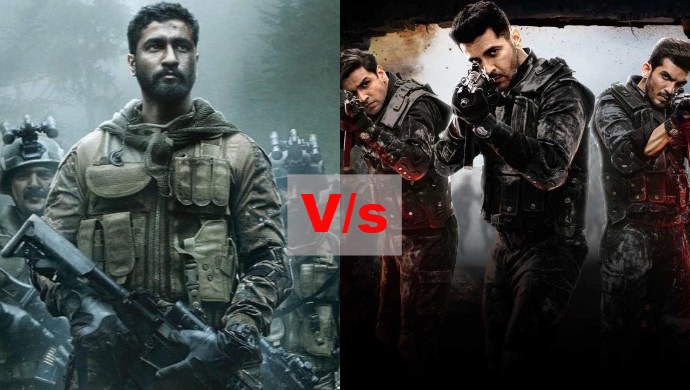 Uri: The Surgical Strike was a genre-changing film in India. The film is a dramatised retelling of the 2016 Uri Attack, in which 19 Indian soldiers were killed. The film was lauded for the stylistic action scenes, and the dedication to the craft shown in the film. It was also the film that shot Vicky Kaushal to stardom.

State Of Siege: 26/11 is a web series on ZEE5 based on the November 2008 terror attacks in Mumbai. This series also was praised for showing realistic scenes, that are equally thrilling. This series starred Arjun Bajwa, Arjun Bijlani and Vivek Dahiya as NSG commandos.

There are a few similarities between Uri and State of Siege, apart from the fact that they show the heroic courage our nation’s security forces. Uri: The Surgical Strike had the international action director Stefan Richter, who played a vital role in making the action scenes heart-pumping and real. State Of Siege: 26/11 is directed by the American director Matthew Leutwyler who ensured the story made the operation stay true to life.

‘How’s the josh?’ became the slogan that the country picked up from Uri: The Surgical Strike. It was seen on t-shirts and as Instagram captions. State of Siege: 26/11 turned the real slogan of the NSG ‘Sahas Ki Vijay’ into a rock anthem, with a special song voiced by Divya Kumar.

Vicky Kaushal, Mohit Chauhan, Yami Gautam and others trained 5 months in MMA and combat techniques to convincingly pull off their roles as army officers. Even for State of Siege: 26/11, Arjun Bijlani, Arjan Bajwa and Vivek Dahiya along with others who played NSG Commandos, received training from the Lt. Gen. Sundeep Sen, who was a part of the operation to kill the terrorists. While Uri was a kind of film that audiences had never witnessed before, State of Siege too is a series with a production quality that hasn’t been seen in the digital space yet.

Watch other action flicks featuring army officers like the Commando series and Paltan streaming on ZEE5.

Millennials: 5 Series You Must-Watch If You Are Young, Wild But Stuck At Home!