Vicky Kaushal On Starry Nights Gen Y: I Was Ready To Be A Spot Boy To Be In The Industry 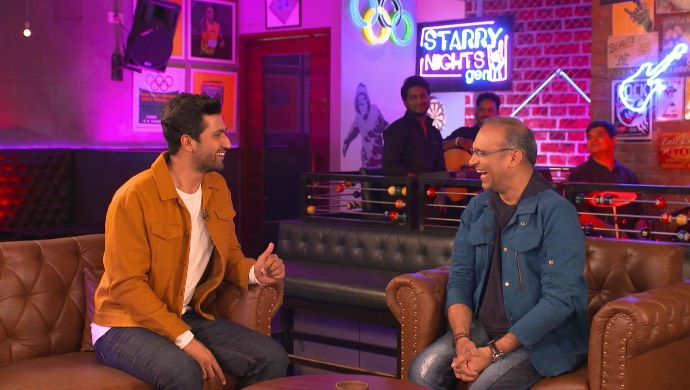 Uri: The Surgical Strike star Vicky Kaushal recently appeared on the Zee5 Original Starry Nights Gen Y with Komal Nahta. He has touched many hearts with his incredible performances and charming personality. His work in movies like Manmarziyaan, Sanju, and Uri is beyond compare.

The episode started with Vicky Kaushal talking about his upbringing and his family. He spoke of his insecurities, his pocket money, his complexities. He also added how grateful he is for having luxuries today.

Later, host Komal Nahta moved on to the game segment. Komal asked Vicky who his competitor in the industry is. The answer Vicky gave is just what we needed to hear. He brought up the idea of co-existing. He said he is fortunate enough to work in the industry, in which we already have so much invincible talent that we do not need to compete, but co-exist. Gen Y indeed is bringing some changes to the industry which many of us have longed to see. Co-existing and appreciating the art above competition is one of them.

The director of Uri: The Surgical Strike, Aditya Dhar, joined the show. They had some fun together while playing a few games. Aditya and Vicky are good friends. Also, because of Aditya’s charm and acting talent, Komal asked if he had any plan to debut in Bollywood anytime soon. Aditya laughed and replied that he is happy being a director and letting Vicky do the acting.

While wrapping up the interview, Komal asked Vicky what profession he would have chosen if he hadn’t become an actor, to which he replied, “I would have been a spot boy, but would have made sure I am in the industry.”

Komal ended the talk show by giving them both tokens of her appreciation.

Watch all the episodes of Starry Nights: Gen Y streaming only on ZEE5!

Gauravi And Anuj Of Baarish Prove Why Opposites Always Attract