In an exclusive chat, Kumkum Bhagya actor Vin Rana confirmed that he will be playing the role of a bisexual man in ZEE5 Original series Poison 2. 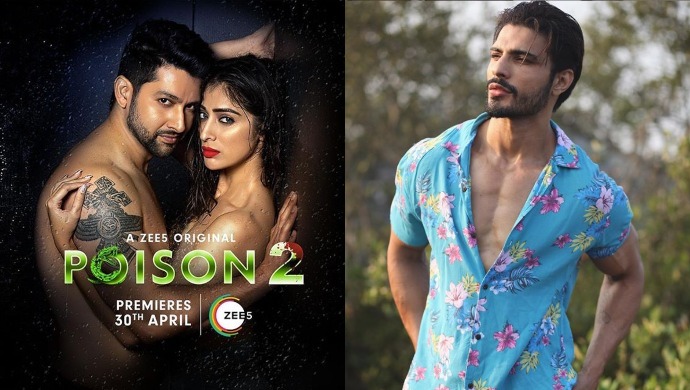 Vin Rana of Kumkum Bhagya fame, who is soon to make his web series debut with Poison 2, has confirmed rumours about the character he portrays on the web show. Earlier, we did speculate that he might be playing the role of a bisexual man in the series. However, in our recent and exclusive conversation with the actor, Vin cleared our doubts and shed some light on the rumours.

He said, “Yes. So the character is bisexual but it has been shot very aesthetically. It hasn’t been shot in a vulgar manner. But yes, it will be established that the character is bisexual.” Speaking further about the show, Vin also added how he is very excited about the show because it has expanded his learning curve as an actor. “I am very excited for Poison 2 because I get to do something new. I’m learning and for me, it is a big opportunity. I’m working with A-class people. Every day of shooting for Poison 2 is exciting for me,” he told us. Aside from Poison 2, he is also invested in Kumkum Bhagya, in which he plays Purab, Abhi’s best friend and Aaliya’s husband.

Poison 2 is a thriller which also stars Aftab Shivdasani and Raai Laxmi in pivotal roles. In fact, this is the first web series for both the stars and they seem to be super excited to play their part in ZEE5’s upcoming original. Two actors have shed their inhibitions in the first sizzling poster revealed by the makers. Pooja Chopra, Zain Imam, Vin Rana, Asmita Sood, Rahul Dev, and Taher Shabbir are also known to be associated with the sequel of the project. Directed by Vishal Pandya and produced by Suzanna Ghai, the thriller is all set to premiere in April.

A still of Gaurvi and Kalyani

Who Is Baby Moshe? Read His #SahasKiVijay Story Through PM Modi’s Poignant Letter To Him