Vivek Dahiya: I’d Love To Do Something Like Rangbaaz Phirse Or Never Kiss Your Best Friend

Talking about the kind of roles he wants to play going ahead, Vivek reveals, "I'd love to tap into the Adam Sandler or Hugh Grant zone." 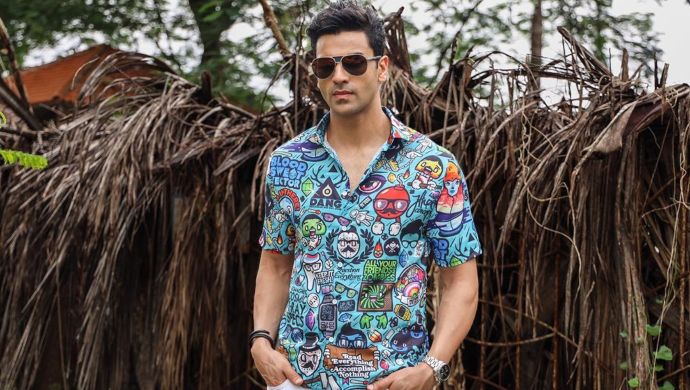 Vivek Dahiya and Divyanka Tripathi Dahiya had a pretty memorable 2019 to say the least. The television actress made her digital debut with ZEE5 Original and ALTBalaji Original Coldd Lassi Aur Chicken Masala while Vivek too began shooting for his maiden web series this year. He is set to essay a NSG commando, Captain Rohit Bagga, in the upcoming action thriller State of Siege: 26/11. Having worked in an adrenalin-pumping retelling of the 2008 Mumbai terror attacks, Vivek now asserts he wants to try the romance and comedy genre. Read on to know the revelations made by the handsome hero about his new year plans, what he wants to change in 2020 and more.

1. If not State of Siege: 26/11, which web series would you have loved to make your debut with?

I’d have loved to play a gangster, maybe something like Rangbaaz Phirse. I like to play a grey-shaded character as well, someone who is not right or wrong. Despite what he/she is doing, their actions, their experiences have shaped them in a certain way and the audience still feels for the character.

2. Name the kind of roles or genres you want to explore in the web space.

I want to do something in the lighter space, something that’s funny. Just throw me in a room full of strangers and let me improvise. Or maybe something like Never Kiss Your Best Friend. That’d be interesting, I really liked the teaser. I’d love to tap into the Adam Sandler or Hugh Grant zone. Something like that, I’d nail it.

My special plan is very spontaneous. My family is asking us to come to Chandigarh, they have a special surprise planned for us so it’s exciting. Every year, it’s the two of us and three of us who plan something for them but this year they have planned something, so I am really intrigued.

Laziness. I have missed out on so many things purely because I was lazy. Procrastination is out of the window in 2020!

State of Seige: 26/11 premieres on ZEE5 on 24 January 2019. Stay tuned for more dope and updates about the upcoming ZEE5 Original.

Watch the nomination special for the Zee Rishtey Awards here.