Vivek Mushran tells us the experience of shooting in London when it was snowing and opens up about his ambitions as a writer. 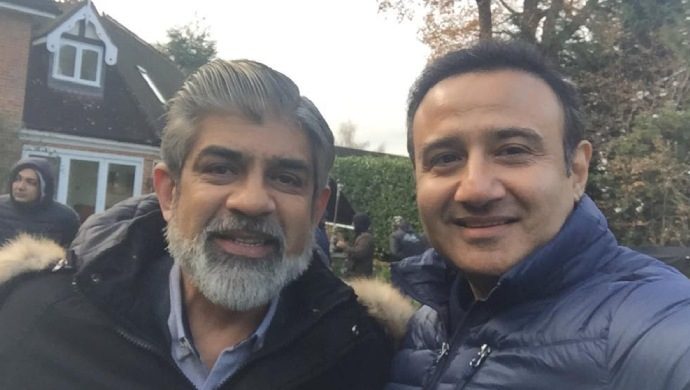 Vivek Mushran, has been a part of some iconic films and TV shows since his career began in the early 90’s. He was a part of quite a few quintessential 90’s films including, Saudagar, Prem Deewane and Insaniyat Ka Devta. He then shifted his focus to TV where he worked in some of the most popular TV shows including ZeeTV’s Kittie Party. He is now seen playing quirky but memorable roles in movies like Veere Di Wedding And Tamasha. He will next be seen playing the role of a father in the Never Kiss Your Best Friend.

Watch the teaser for this upcoming ZEE5 Original here.

1. What made you pick the ZEE5 Original Never Kiss Your Best Friend?

It’s a fun light romcom which I always like to do. Plus the series was shot in London and I thought it was a good chance to go outside India for a shoot.

2. You play the role of a father in the show. Tell us more about your character?

I play the father of the girl (Anya Singh) on the show. He shares a funny equation with his wife who is the more dominant person in their relationship. This show explores relationships very well. The writer has done quite a job.

3. Did you read the book that the show is based on?

No, I didn’t read the book but I met the writer and I was very impressed by him. He wrote his first book when he was 22-23. I’m forty and I still haven’t written any books even though I’ve tried.

4. The show was mostly shot in London. How was that experience?

It was a wonderful experience, but it was really cold there. And the show was set in the summer season so we couldn’t show any signs of cold or snow. I really admire Anya Singh because all of us could wear something else inside our costumes to be warm but she had to wear skirts. Kudos to her for shooting the scenes without shivering and her teeth chattering.

5. What is one memory on the show that really stands out for you?

It was my second day on the shoot. It was a bungalow the lawn was covered in snow and the dewdrops had frozen on the leaves. The whole green space had turned white. I really enjoyed that sight.

It was in 2002? Wow! it was really long back. Yes, I love working with Zee, especially with ZEE5. Now the web is the new thing and I really love exploring it. So I hope that I continue to get more roles from ZEE5 my way.

7. You’ve worked extensively on TV in the early 2000’s. How do you feel about the quality of content on TV now?

I like the quality of content is made for the audiences. It appeals to a really massy viewers and they seem to like it, but it is stagnating a lot. I am really glad for web series because I only consume them now. Earlier, only the wives used to have the TV remote now even the husbands are not behind.

8. As a performer, do web series help you?

The satisfaction level is higher. You shoot less and give more time to your character. It’s closer to film on the web. I haven’t done any shows that have a second season yet. Hopefully I’ll get to see how that works too.

7. Never Kiss Your Best Friend is a dating tip. If you had to pick one dating advice to give the audience what would it be?

I would say, Kiss Your Best Friend. (laughs) Am I allowed to say that? It’s okay, kiss your best friend.

Watch him play the role of a father to Anya Singh in Never Kiss Your Best Friend, scheduled to release on 20th January on ZEE5.

Mandira Bedi On The Greedy Closet: 40s Is The Best Phase Of My Life