Aftab Shivdasani from Poison 2, Paoli Dam from Kaali 2, and other ZEE5 stars play this fun 'Spin The Wheel' Challenge and the result was hilarious. 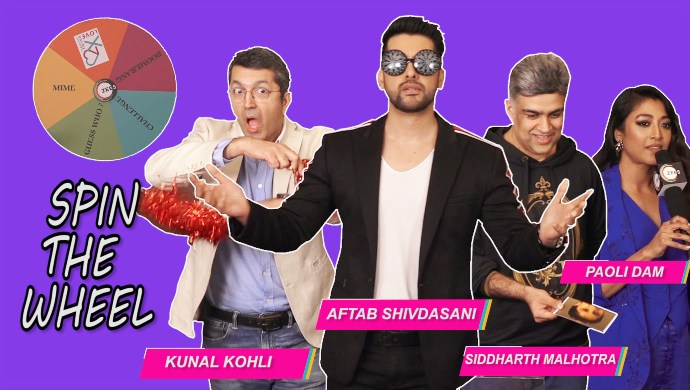 In February, ZEE5 announced a number of new shows while it celebrated its two-year anniversary. Among these shows were the second seasons of Poison and Kaali. Aftab Shivdasani from Poison 2 and Paoli Dam from Kaali 2 announced the news. Kunal Kohli also announced his upcoming series on ZEE5, Naxal, with Rajeev Khandelwal. ZEE5 also celebrated some of the most watched series on the platform in the last two years. Siddharth Malhotra, the producer of Kaafir, was also present at this event.

Watch these celebrities take the fun ‘Spin The Wheel’ Challenge.

Aftab Shivdasani spun the wheel and had to play the game ‘Guess Who’. He was given a placard with only half of Vikrant Massey’s face on it. Aftab was unable to remember his name, but he did know that Vikrant had starred in a movie with Deepika Padukone recently. He then spun the wheel again and got the Boomerang Challenge. Aftab put on some funky glasses and wished ZEE5 a happy second anniversary.

Up next was Siddharth Malhotra who also had to take the ‘Guess Who’ challenge. He correctly guessed both Jennifer Winget and Ranveer Singh. Kunal Kohli first tried to manipulate the board by getting himself the Boomerang Challenge and used pom-poms as his prop. When he got the ‘Guess Who’ Challenge, he was completely clueless about Shweta Tiwari, who was recently seen in ZEE5 original Hum Tum And Them.

Which of their series are you most looking forward to? Let us know in the comments below.

Happy B'day, Ajay Devgn: This Is ZEE5's Pick Of Top 15 Movies On Your 50th Birthday

#WorldHealthDay: An Unbiased Opinion On COVID-19 And The Current State Of Affairs In India