Did you know the Mentalhood actress still gets marriage proposals from her fans? Read on for more interesting facts about Lolo's personal life 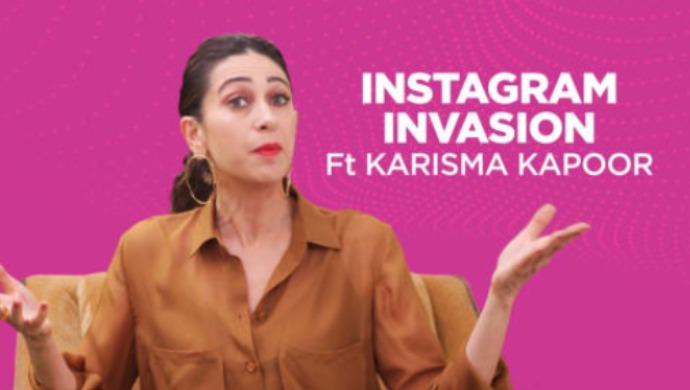 ZEE5 Original Web Series Mentalhood showcases a strong storyline which talks about the hardships a mother has to face while raising her kids. The series is directed by Karishma Kohli and created by Ekta Kapoor. The series features Karisma Kapoor, Dino Morea, Sandhya Mridul, Shilpa Shukla, Shruti Seth, Sanjay Suri, Tillotama Shome and others in pivotal roles. The 10 episodes of Mentalhood are an eye opener in this modern era, acknowledging the efforts of mothers and appreciating their journey.

We all know that Bollywood actress Karisma Kapoor is an avid social media user and has a fan following of over 5.1 million. Recently, the gorgeous actress played various fun games with ZEE5 and enjoyed herself to the fullest. She is overwhelmed with the amount of love that she receives by the audiences in the form of comments. She says that often fans tell her that she should keep acting and are excited about her series or movies. Karisma said that the best compliment that she has received so far is from her kids who told her that it is good that she has started acting again as they also receive compliments from people. Karisma answers ‘Instagram Invasion’ questions and leaves audiences surprised with her sheer knowledge. Karisma said that she will keep stalking her younger sister Kareena Kapoor Khan’s Insta account and will hack her friends’ accounts too. She even revealed that many of her fans send her marriage proposals in the comment section. She said that she keeps using the hashtags ‘#aboutlastnight’ or ‘#abouttoday’. Karisma reveals that she refrains from posting her kids pictures on Instagram.

There are some powerful dialogues in Mentalhood and Karisma who is essaying the role of a mental mom Meira Sharma agrees with every one of them. Karisma especially agrees with the line “It takes a village to raise a child” and believes that a family and close friends is necessary for a child’s life. As a child, Karisma was a disciplined and good child. She said that she wants her kids to develop a few habits from her. She wants her kids to be disciplined, have value for money, good ethics, and respect the value of time. She pens down a few do and don’ts of parenting. Karisma says that a parent should be a friend to their child. Technology should be limited in a child’s life. She ended by saying that every day, as a mother, we keep learning things either from our child or from our family.

Have you binge-watched all the episodes of Mentalhood yet? Let us know in the comments below!

Phone-a-Friend: Meet The Characters Of The Upcoming Sci-fi, Rom-Com Series On ZEE5