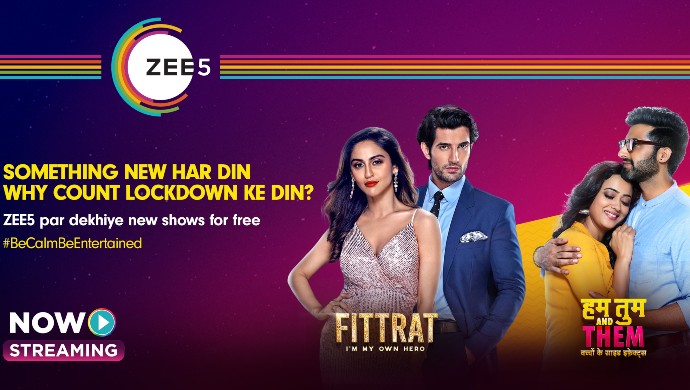 ZEE5 continues to bring new films and series your way to keep you entertained during the COVID-19 lockdown. It began with the release of web series including Karrle Tu Bhi Mohabbat, Baarish, Kehne Ko Humsafar Hain and Ishq Aaj Kal available for free. This trend carries on with Fittrat and Hum, Tum And Them, which were paid series, but now made available for free too. While Krystle D’souza and Aditya Seal star in Fittrat, Shweta Tiwari and Akshay Oberoi, star in Hum Tum And Them.

Watch the trailer for Fittrat here.

In Fittrat, Krystle D’souza plays the role of Tarini Bisht, who grows up believing that she needs to be a gold digger to get ahead in life. She only goes after rich men to get what she wants. However, things change when her best friend’s fiance also falls for her. He is Tarini’s perfect guy, which is why everyone believes that Tarini tried to make a move on him too. However, Tarini decides to change her life and choose her BFF over her BF and become the hero of her own story.

In Hum Tum And Them, Shweta Tiwari plays the role of a divorcee, Shiva, who falls in love with a widower, Yudi, played by Akshay Oberoi. Shiva is over-protective about her child, while Yudi has been an absentee father. As they both fall in love they struggle to convince their children and themselves that they are right for each other.

Watch the first few episodes of both web series already available for free on ZEE5 along with the #SummerOfEmotions line-up of short series.