Rohitash OF Bhabi Ji Ghar Par Hain became an integral part of almost all films directed by this master storyteller, guess who? 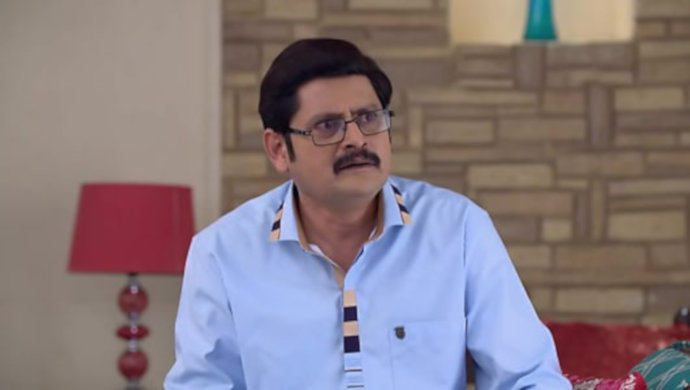 Rohitash Gaud is one actor who has been successfully entertaining the audiences with his role of Manmohan Tiwari aka Tiwariji on the popular show Bhabi Ji Ghar Par Hain! The popularity of the show has made him one of the best actors we have on Indian television. Have a look at his performance in the show:

However, If we have a look back at the early stage of his career, the talented actor made his acting debut with TV series Neem Ka Ped (1991) and exactly a decade after it went on to feature in films, making his debut with Veer Savarkar (2001) which was based on the life of Vinayak Damodar Savarkar. But, the actual film that brought him in prominence (on the big screen) was the Sanjay Dutt-starrer Munna Bhai MBBS, where he played the small part of a coconut seller. And it was after the release of this film that Rohitash became an integral part of almost all films directed by master storyteller, Rajkumar Hirani.

Not many would have clearly noticed but Rohitash has been a part of almost all films directed by Hirani except for 3 Idiots. The actor played the role of Lucky Singh’s (played by Boman Irani) secretary Kuku in Lage Raho Munna Bhai.

And how can we forget the cop Pandeyji who arrests PK (played by Aamir Khan) in PK.

In fact, with the role he played in PK, it was the last movie he worked on as of now. After landing up with the role of Tiwariji, the actor is currently working on this show only.  Well, we could only hope that Rohitash soon teams up back with not only Rajkumar Hirani but other directors as well and returns on the big screen. Plus, his long working association with Rajkumar Hirani remains intact with the latter’s future projects to come.

How many of you guessed all the three right? Let us know in the comments section below.

Don’t forget to check out Kunal Kemmu’s Abhay, a ZEE5 original series that leaves you intrigued and interested.

Watch Tamasha A Story Of Two Strangers Falling In Love

Drashti Dhami On A Table For Two: I'd Never Want To Work With Vivian Dsena Again