What Happened When Daroga Happu Singh Got To Work With His Childhood Idol?

It was in one of his earlier interviews when we got to know that he is a die-hard fan of Entertainer No 1. 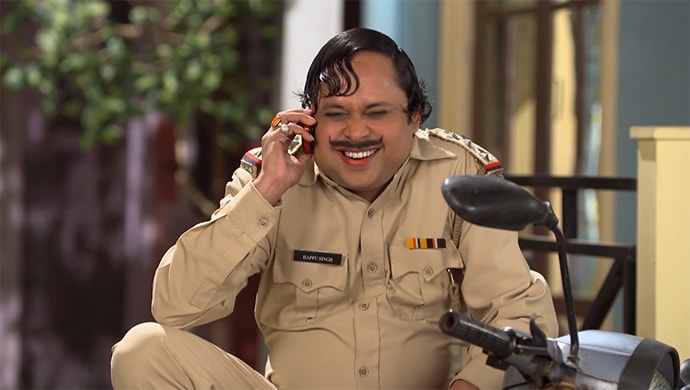 Without Govinda, Bollywood films of the 90s would’ve been different. He was a great entertainer, who undoubtedly became the King of Comedy. Be it his energetic dancing skills or impeccable comic timing, it was enough to set the screens on fire. There’s no doubt that Govinda is idolised by his admirers from then to now. And it was recently that we got to know about one such die-hard fan of the Entertainer No 1. No points for guessing, it is none other than actor Yogesh Tripathi aka Daroga Happu Singh Of Bhabi Ji Ghar Par Hain. The character of Happu Singh is popular for his witty dialogues and comic timing on the show, take a look:

It was in one of his earlier interviews when asked about his favourite actors, he said, “I love Govinda, Paresh Rawal, Aamir Khan and Kajol. I have been a great fan of Govinda since my childhood. I used to watch his (Govinda’s) every film.” Have a look at the post shared by Yogesh on his Instagram account:

Well, there’s no doubt that when an actor gets to work with his screen idol it is nothing short of a blessing for them. The same goes for Yogesh when he got the opportunity to share the screen space with Govinda.

He got to work with him in a special episode of Bhabi ji Ghar Par Hain, where Govinda had arrived as a celebrity guest star for the promotions of his film Aa Gaya Hero (2017). Indeed, just being around his idol and working with him would have been an amazing experience for Yogesh Tripathi aka Daroga Happu Singh.

Inspiring, isn’t it? Let us know what do you feel about this fact in the comments section below.

Missed watching Why Cheat India in theatres? The film premiers on ZEE5 on 1 May 2019. In the meantime, catch ZEE5 original Tigers starring Emraan Hashmi on the platform now.

Did You Know Arjun Kapoor, Parineeti Chopra Were Not The First Choices For Namaste England