What Makes Rangbaaz’s Shiv Prakash Shukla Relatable Despite Him Being A Brutal Murderer?

This role played by Saqib Saleem is not as black and white as it appears to be. 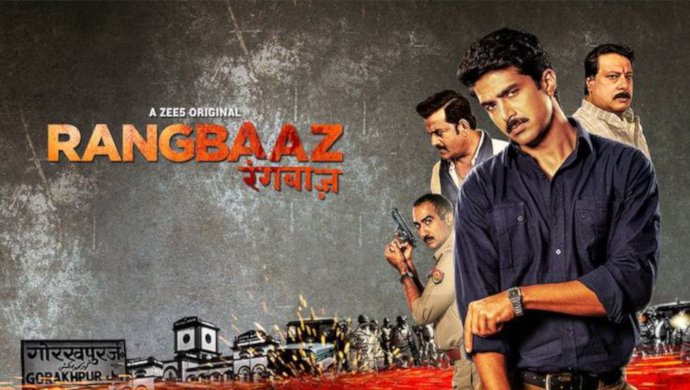 Villainous characters are usually easy to hate. But what does one make of a man that is depicted as a ruthless murderer and yet has a soft side to him that you can’t help but like? Saqib Saleem as Shiv Prakash Shukla In Zee 5’s Rangbaaz has shades of grey, that make him relatable.

Shiv may be a hardcore criminal, but when it comes to his own family, all the machismo fades away. He is fiercely protective about his sister Shweta and even kills a goon who eve teases her. Shiv is always travelling around the nation, trying to escape the police.

But he makes it a point to keep in touch with Shweta and gives her a mobile phone so that she can reach out to him.

All the elder brothers reading must know exactly what this feels like. After all, there’s no one like a baby sister, right?

When the nerves kick in

When it comes to women, Shiv is as nervous and infatuated as the next guy. It’s hard to tell that he’s a criminal who doesn’t blink while killing. We see him tip toeing around his first crush Rashmi, who is his college mate and neighbor.

Shiv’s shy and coy nature around her is enough to tell us that he’s not smooth as we assume him to be. Cut to when he meets receptionist Babita Sharma and is bestowed by her beauty. He’s barely able to form his words here!

Isn’t this how most of us feel around our crushes?

Far away from home

Shiv is always on-the-go and pretends like nothing is bothering him. But his vulnerable side is shown when he calls his father and talks to him after months. We know that no matter how tough Shiv pretends to be, he misses his folks and like most of us, his family is his weakness.

A binge with friends

Throughout the series, we see Shiv enjoying an occasional a drink and some delicious food with his gang members. Though he is on a tight schedule, Shiv doesn’t forget to have some fun with his friends.  Who can live without some chilling time with friends, eh?

Shiv is an ambitious person and wants to get noticed, appreciated. Don’t we all? Of course, he chooses the wrong path to get fame. But the validation he seeks is something most of us look for in our day-to-lives.

Which quality of Shiv’s do you relate to the most? Tell us in the comments section!

After Saqib Saleem's Intense Avatar In Rangbaaz, Watch His Fun And Quirky Side In Dil Juunglee!