Both Sonam and Akshay Kumar, who enjoy a reputation for being stylish off-screen, hit the local shops in Indore to shop for their roles in Pad Man. 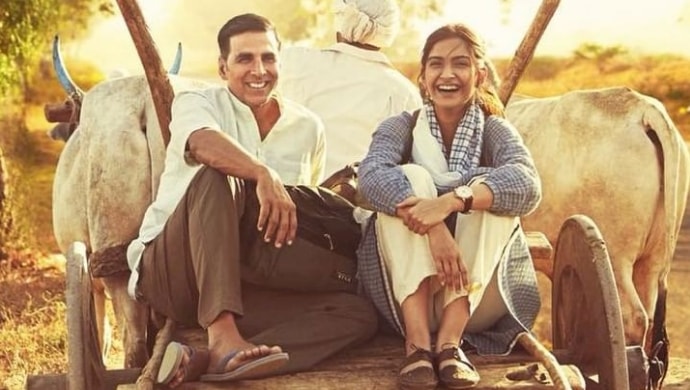 With Sonam Kapoor Ahuja in the frame, chances are extremely slim that she is not wearing a high-end atelier or at least flaunting some designer label in one of her looks. Sonam quite literally the fashion goddess of Bollywood, so one expects nothing but sartorial brilliance and opulence all at once. And her role of Pari Walia in Twinkle Khanna-backed biopic Pad Man is a fancy female, an urban dweller who aims to mint money once her MBA is complete and hire her Papa as her cook for triple the salary! So it was natural that we thought she’d wear some Indian fashion house for her character, but to our surprise, the National Award winner went the local way!

Both Sonam and her co-star Akshay Kumar, enjoy a reputation for being stylistas off screen, hit the local shops in Indore to shop for their characters. The movie is based on the life story of Arunachalam Muruganantham, the Padma Shri Awardee who invented the low-cost sanitary napkin-making machine. His machines and mechanisms have reached thousands of villages and provided employment to countless women. Whilst the real-life superhero originally hails from Coimbatore, director R. Balki changed the backdrop to Indore for Akshay’s role for a wider appeal.

Akshay comes from a humble background in the film, while Sonam too is quite a simpleton at heart. Thus, it was only likely that the two superstars wore clothes that matched the respective wavelengths of what they portrayed on the silver screen.

Pad Man is actor-turned-author Twinkle Khanna’s brainchild. Mrs. Funnybones was researching for her second novel ‘The Legends of Lakshmi Prasad’ when she came across the inspiring saga of Arunachalam. Both Akshay and Tina then approached Balki to make it into a full-fledged film. The movie also stars Radhika Apte in the lead role, as Akki’s wife Gayatri. Released on February 9, 2018, Pad Man became one of the highest grossing films of the year.