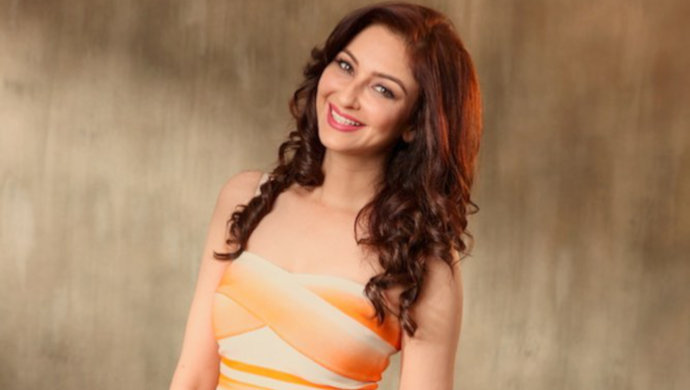 There’s no doubt that actress Saumya Tandon has emerged to be one of the best-known names on television. Currently, she is playing the role of Anita Mishra in the popular show aired on And TV, ‘Bhabi Ji Ghar Par Hain!’. Well, now who wouldn’t know the popularity of this show which stars Saumya along with Aasif Sheikh, Rohitash Gaud and Shubhangi Atre Poorey. Over the time the show garnered a huge fan following, have a look at one of the episodes of the show:

But brightening up the small screen and leaving her admirers mesmerised with her charming smile, not many might remember that Saumya has also worked on the big screen. Let’s go back in time.

It was in the year 2007 when Saumya’s debut film ‘Jab We Met’ had hit the screens. The actress played the role of Roop, the younger sister of protagonist Geet (played by Kareena Kapoor Khan). Post the release of this Imtiaz Ali directorial, Saumya received good reviews from the public for her character. But sadly, for her fans, the actress never returned to the big screen and went on to feature in more shows, eventually becoming a popular anchor of various reality television shows like ‘Dance India Dance’, ‘Mallika-E-Kitchen’, etc. Have a look at a still from the movie ‘Jab We Met’:

While her fans would have loved to see more of her on the big screen, the actress said in one of her earlier interviews that she didn’t want to continue doing small roles. She was quoted saying, “At that time, there were only these big production houses who used to only work with established stars. And in those big films, I didn’t want to do small roles. I wanted to do something meatier and bigger.”

But not completely disappointing her fans out there, she further said in this same interview that if given a chance to work in films, she would love to work with new directors who have new stories to offer. Well, we could only hope that Saumya is soon offered with a role that she can’t refuse to act on the big screen. Till then she is continuing to rule the Indian telly world.

Were you aware of this fact before? Let us know in the comments section below.

Tune in to ZEE5 now and watch Abhay episode 5 Crossfire and episode 6 Burn to know how Abhay battles his past and present.

Abhay Episode 5 And 6 Review: Kunal Kemmu's Past Crossfires In A Paranoid Present

Sonam Kapoor On Being Body-Shamed: I Was Called A Giraffe Because I Was Too Thin