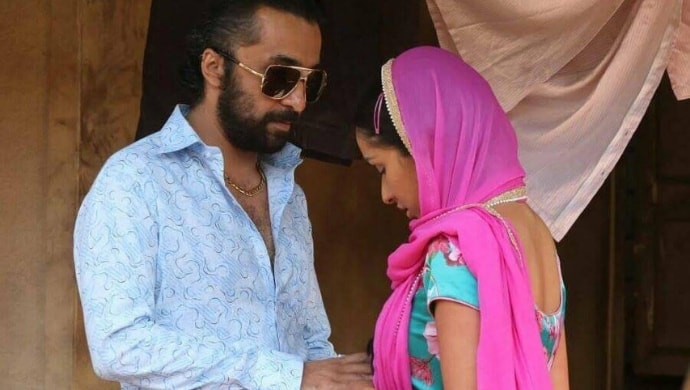 What better than a real sibling pair to play another one on the silver screen? Shraddha Kapoor and her brother Siddhant Kapoor essay the role of Haseena Parkar and her underworld don brother Dawood Ibrahim in Apoorva Lakhia’s film Haseena Parkar. The crime drama is based on the life of Haseena, who went from being the sister of D-company crime syndicate’s main man to an ‘Aappa’ who sent shivers down the spine of those who even heard her name.

In an interview with a leading news portal, Shraddha mentioned that Haseena’s story is “tragic and intriguing.” She also added that the mafia queen has “been through a lot in her life.” Thus it is only natural that the movie is packed with emotional moments. Speaking about filming the sentimental parts with her brother Siddhant, Shraddha told the portal that the siblings once got so emotional that Apoorva had to stop the shoot. “Emotional bits that were connected with my brother were most challenging because then you get a bit more personal. Both of us couldn’t stop crying while doing an intense scene and Apu had to stop the shoot for some time,” informed the Half Girlfriend actor.

Haseena Parkar traces the journey of ‘Aappa’ across different stages and ages of her life – from a 17-year-old teenager to a 43-year-old woman. As for Siddhant, his character of Dawood too ages from 18 to 40 on the screen. Explaining about the same, Siddhanth told the media at a song launch event of his film, “The character of Dawood in this film evolves from 18 years to 40 years. No one has seen an 18-year-old Dawood, so we had that liberty to play around with the look. Everyone else has played Dawood after 35 years of age.”

Hit or miss – what do you think of Shraddha Kapoor and Siddhant Kapoor‘s portrayal in Haseena Parkar? Share your views in the comments box below.

Watch some of the most popular Bollywood movies on ZEE5.