Who Is Baby Moshe? Read His #SahasKiVijay Story Through PM Modi’s Poignant Letter To Him

Here's the heart-wrenching tale of the lone Jewish survivor during 2008 Mumbai attacks, Moshe Tzvi. State Of Siege: 26/11 premieres on 20 March 2020. 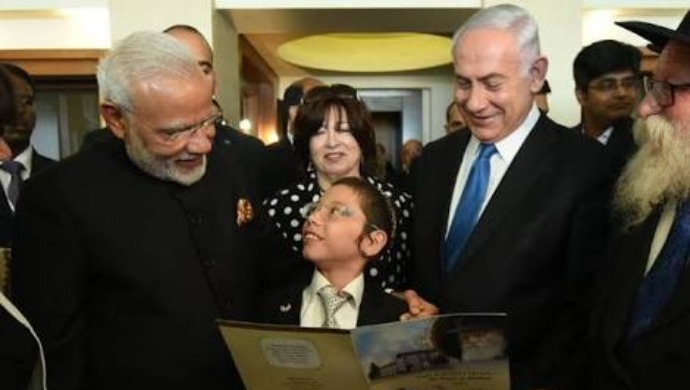 ZEE5’s upcoming original series, State of Siege: 26/11, is set to release this month. The series depicts true incidents from the deadly terror attack on Mumbai, India’s financial capital, on the 26th of November, 2008. The show explores the roles played by the NSG commandos who arrived on the 27th of November to save hostages and the city from 10 perpetrators belonging to the Lashkar group. It has been more than a decade since the incident, but the thought of it still sends a shiver down every citizen’s spine.

There are many shades of #SahasKiVijay that people do not know about. One of the tales includes how the Jewish cultural centre in Mumbai, Chabad House, was also under attack where Gabi and Rivka Holtzberg were initially held hostage but soon shot dead. What the terrorists probably didn’t notice then or chose to avoid was a barely two-year-old baby boy, Moshe Tzvi Holtzberg, who stood between his parents’ bodies, only to be rescued by his nanny, Ms Sandra Samuel.

Moshe might not have a clear memory of what he witnessed at the Chabad House, but he did face recurring nightmares for a long time. This information has been shared by his maternal grandfather, Mr Rosenberg. A child psychologist had to be assigned to Moshe so he could get over the incidents of 26/11 where he lost both his parents. Currently, Moshe lives with his grandparents in Israel and wishes to return to Chabad House to be appointed as the new Rabbi, much like his late father.

In 2019, Moshe celebrated his Bar Mitzvah, a Jewish ceremony that commemorates a boy’s coming of age in the family and community. It is a big celebration where families and relatives come together and bless the boy. For the occasion, PM Narendra Modi penned down a poignant note to congratulate Moshe. Here’s what the PM’s letter read –

Shalom and Namaste from India!

I am very happy to learn about your Bar Mitzvah.

As you make this important transition and cross a significant landmark in the journey of your life, the courage of Sandra and prayers of the people of India will continue to bless you for a long, healthy, and successful life.

Your story continues to inspire everyone. It is one of miracle and hope overcoming tragedy and immeasurable loss.

The perpetrators of the cowardly terrorist attack on November 26, 2008 in Mumbai clearly failed. They could not subdue our vibrant diversity. Nor could they dampen our spirit to march forward.

Today, India and Israel stand together even more determined against terrorism and hatred.

I warmly remember meeting you in Jerusalem, along with Prime Minister Netanyahu. I hope that your wish to return some day to Chabad House in Mumbai as its Director comes true.”

In the same year, Moshe, along with Israel PM Netanyahu, his grandparents and nanny Ms Samuel, paid an official four-day visit to India. The young boy also visited the Chabad House where his parents were murdered. Beaming with pride, Rosenberg told the media that Moshe has a keen interest in geography and mathematics. He also plans to follow his parents’ footsteps of working with Jews in India from Chabad House in Mumbai.

State of Siege: 26/11 also plans to explore this story from the true events of terror attacks in Mumbai. In fact, a glimpse of an actor playing Holtzberg is also showcased in the trailer of the upcoming ZEE5 Original Series. The show is set to release on 20 March 2020 and will be exclusively available on ZEE5.

5 Reasons Why Every Woman Should Watch Shukranu, A Slice-Of-Life ZEE5 Film