Who Is The Coolest Mother-In-Law: Vote For Your Favourite Saasu Maa This Mother’s Day

Guddan and her mother-in-law share a great camaraderie in Guddan Tumse Na Ho Payega, and so does Preeta and her saas Rakhi in Kundali Bhagya. 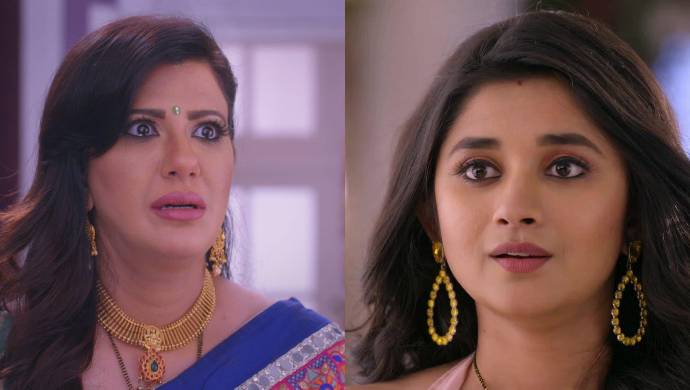 Mother’s Day 2020 is an occasion to celebrate mothers all over the world. The sacrifice, determination, and protection of a mother are applaudable and worth celebrating every day. The mothers love their children endlessly and are bound with an intangible bond. But what about the mothers that we choose? A bond with a mother-in-law is something special. This bond is curated and both the parties have to put an equal effort. This mother’s day let us have a look at the coolest mothers-in-law of Zee TV.

Kehne Ko Humsafar Hai’s Rohit has a very understanding mother but maa (Mahima Sogani), proved to be a better mother-in-law. When Rohit and Poonam got divorced, she decided to stay with Poonam. Rohit married Ananya and moved on, but his mother stayed back, proving to be a supportive mother-in-law.

Guddan (Kanika Mann) who is a young mother-in-law, is an awesome one! 20-year-old Guddan, is seen as an amazing mother-in-law. Her three daughter-in-laws are often seen trying to disrupt her life, but Guddan forgives them and looks upon them as her friends. She even covers up for their mistakes, and tries to save them. Guddan is sweet and tries to win the hearts of her daughters-in-law.

Kundali Bhagya’s Preeta, has had a difficult marriage with her husband Karan, she has been tortured and troubled. But Karan and Preeta’s love for each other was noticed by everyone in their family. Karan’s mother Rakhi (Anisha Hinduja) also saw that her son is in love with doctor Preeta and she accepted Preeta with open arms. Rakhi has also supported her daughter-in-law on various occasions and sided with her. Rakhi is another cool mom-in-law.

These mothers-in-laws prove that they are cool and worth the appreciation! What do you think? Cast your vote below.

Guddu Promo: It's A Colourful, Joyous And A #NonStopBachFUN Ride

Sharman Joshi Spills The Beans On His Role In Baarish 2, Chemistry With Asha Negi And More