The Radhika Apte starrer is an important film that sheds light on mental health in a sensible and sensitive way. 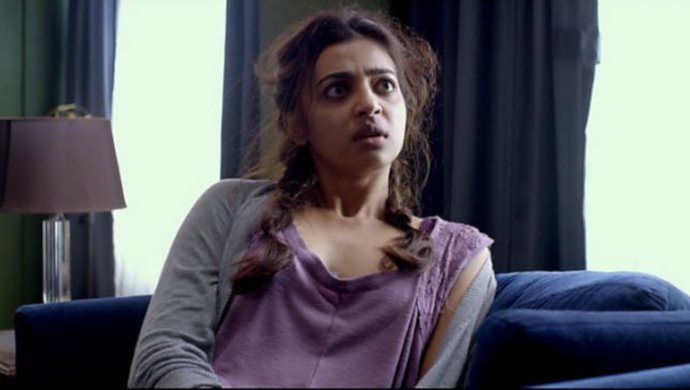 The stigma around mental illness has existed and continues to prevail. It’s not uncommon for mentally unstable people to be referred to as “crazy” or “crack.” However, things are changing and there is more awareness about mental health and how it should be addressed. Several influential personalities such as Deepika Padukone, Shaheen Bhatt, etc. have talked about their battles with depression. Today, the need to treat mental health as important is being rightly stressed upon.

90% of India’s population is unaware of what they’re experiencing mentally & emotionally.There are others who refuse to seek help due to the stigma attached to mental illnesses.In 2014,i shared my story.Today I urge you to share yours too using the hashtag #NotAshamed @tlllfoundation

Such wasn’t the case earlier when people refrained from talking about their conditions. Also, mental disorders and conditions were depicted in a rather casual and uneven manner in films. Vidya Balan played the role of Avani in Bhool Bhulaiyaa, a woman suffering from Dissociative Identity Disorder who gets treated with the help of one session of hypnosis. The film completely ignored the fact that treating DID takes way more measures than what was shown.

Shah Rukh Khan’s obsession with K..K..K..K..Kiran in Darr was portrayed as a man’s undying love for a woman and not as unusual behaviour that needs psychiatric attention.The list continues with the poor depiction of depression and suicidal tendencies in Anjaana Anjaani, followed by the mockery that was made of Parineeti Chopra’s character’s mental condition in Hassee Toh Phassee, and more.

A much-welcomed changing trend was seen in films like Kartik Calling Kartik (that addressed multiple personality disorder) and Dear Zindagi (that shed light on insomnia and emotional turmoil) that handled the topic of mental health with sensibility as well as accuracy.

Phobia gets added to this list as not only does it make people aware of a unique condition such as Agoraphobia (fear of stepping out of the house) but also presents it with the correct facts.

Phobia proves to be a necessary film owing to the bold discussion it starts around mental health and the thrilling way it presents the same.

Filmmakers that have tried their hand at making psychological thrillers can borrow a leaf out of director Pawan Kripalani’s book; he steers clear of using Radhika’s character as a mad joker appointed to entertain and instead presents her as a severely ill patient who needs medical attention.

Radhika’s character is obsessive, paranoid, and terrified, owing to her phobia that is explained in detail. This is a sight for sore eyes that have seen Bollywood films presenting mentally unstable characters without a beginning or end to their life history.

Phobia proves to be one of those rare films that effortlessly aims at eradicating stigma around mental health. And it clarifies that it’s not the spirits and ghosts that are terrifying, it’s the unwillingness to address mental health and the repercussions that this silence can have on a mentally ill person.

Can you think of more films that present mental health in a realistic way? Hit the comments section below.

Why Commando: A One Man Army's Simrit Kaur Is An Inspiring Character For All Women