Saumya Tandon shares a throwback tale and how she loves her collection of soft toys. Read more. 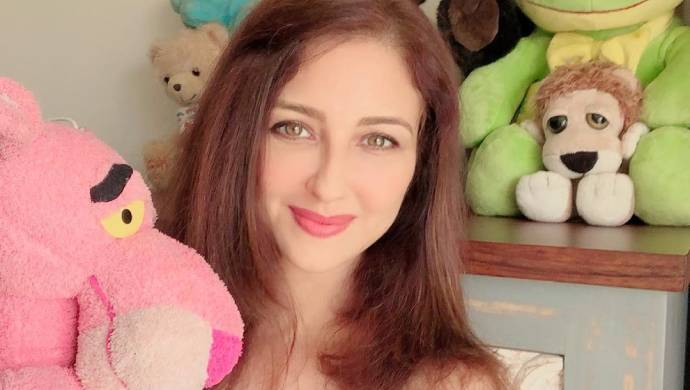 Bhabi Ji Ghar Par Ha, the family show revolving around two couples is a romantic comedy. The show starring Aasif Sheikh, Rohitashv Gour, Shubhangi Atre, and Saumya Tandon is adored by the viewers. The show has been running for years and a spin-off featuring Yogesh Tripathi aka Happu has also started now on &TV. The show and the nok-jhok between the couples is what the audience love. Saumya Tandon plays the role of Anita, Aasif Sheikh aka Vibhuti’s wife on the show. She is a modern, beautiful looking woman, with an ardent fan, Manmohan Tiwari, her neighbour, who has a huge crush on her. But in real life Saumya is obsessed with something else!

Watch an episode of this epic comedy here.

Saumya Tandon is seen playing indoor games, cooking and relaxing at her home with her family during the #lockdown. Saumya is also indulging in reading and making TikTok videos for fun. The actress recently uploaded a cute picture in which she is surrounded by toys! From a plush monkey, to an alligator, and bear are not for her son, but her own collection. She has collected all these soft toys over the years.

On a Crazy cleaning spree. Washed all the soft toys of the house, you will be surprised that the blue bear behind i have since I was 10 years old 🙈, I won it in Disney land when I went to US for the first time and won it in a game there. Each has a memory attached, the pink panther in my hand was gifted to me by my husband when we were in a long distance relationship. They not just toys but my memories I have cherished. #memories #stayhome #stayhomestaysafe #homesweethome

In the caption, she has mentioned that these toys are her memories, and not just simple show-pieces. She added that she went on a crazy cleaning spree and washed all of the toys. The blue teddy has been with her since she was 10 and was won on her first trip to the USA at Disneyland. Saumya also added that the pink panther she holds had been gifted by her husband during their long-distance relationship!

What do you think of Saumya’s collection of fur toys? Express yourself in the comment box below!

Raat Ka Khel Saara: 5 Most Terrifying Episodes From The Show