Why Phobia Is A Feminist Film That Everyone Needs To Watch

The Radhika Apte starrer has an undertone of women empowerment that can't be missed. 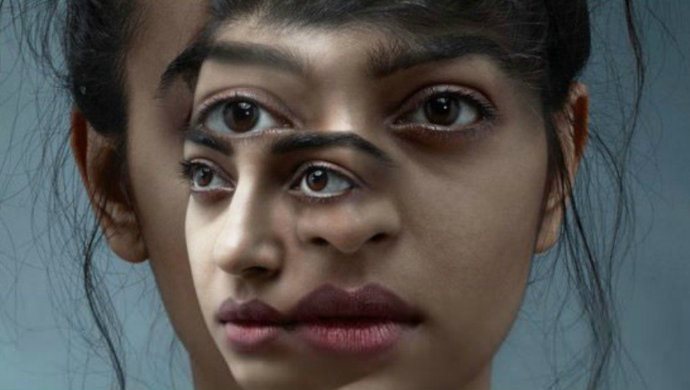 Pavan Kripalani’s Phobia is essentially a psychological thriller that addresses the topic of mental health in a sensitive yet clever manner. The film presents Mehak (played by Radhika Apte) as a traumatised woman, suffering from Agoraphobia (fear of stepping out of the house).

Aside from being a film that puts us on the edge of our seats, Phobia also makes a strong point with its feminist undertone. Here are instances in the film that make it evident.

Mehak is introduced as a successful painter, who is chatting with a group of men surrounding her. She appears to be confident, as she narrates a story of how an old man had tried making a pass at her. The scene moves on to show her and a close friend Shaan taking a ride back home.

It’s clear that the two share a physical relationship with Shaan asking her to spend the night at his place again. Mehak refuses and politely asks Shaan to back off. We are given a sense of Mehak being a headstrong woman who is in complete control of her life and knows how to put people in their place.

She is independent and is free to make her own choices, devoid of any pressure or judgement.  Mehak’s character is refreshing as it’s a reminder of the freedom that women continue to fight for – of what to wear, what profession to be choose, what relationship to be in etc.

There’s also a spooky element in this scene that you can’t miss. Watch!

2. Mehak accuses Shaan of taking advantage of her

This is the most hard-hitting scene in the film, as it sheds light on consent. Mehak starts suffering from Agoraphobia, after getting molested by the cab driver, on her way back home from the exhibition. In a scene where she is seeking comfort from Shaan, the latter makes a move on her.

Mehak is reminded of her traumatic incident in the cab and pulls away, accusing Shaan of taking advantage of her vulnerable state of mind. Though Shaan doesn’t force himself on her, his intention is questioned by Mehak, who calls him disgusting and sick. This is a crucial scene as it highlights that consent is not synonymous with physical, but emotional comfort as well.

Despite being mentally unstable, Mehak takes control of the situation and is firm in establishing that she is not interested to sleep with Shaan and that he can’t take her for a ride.

3. Mehak sorts out to find answers

Mehak finds a diary belonging to Jiah, a woman who was living in the apartment previously and suddenly disappeared. In the diary, Jiah has written accounts of having suffered from an abusive relationship. Mehak reads this diary and gets angry with what Jiah’s partner and neighbour Mannu had put her through.

She sorts out to seek revenge. We see Radhika’s character sympathising with Jiah, and doing all she can to punish Mannu. This is an important angle to the story as it sheds light on domestic abuse and how unacceptable it is. Abuse is unfortunately a common social evil found in India, and victims of it are majorly women.

Mehak’s extreme anger and fight against Mannu is a reminder that in no scenario should abuse be tolerated or accepted.

Phobia does a splendid job in empowering women through scenes that are subtle yet powerful. Don’t you agree? Tell us in the comments section below.

Parchhayee: Ghost Stories By Ruskin Bond - A Complete Review Of The Episodes So Far