Poonam, a woman of immense strength and resilience in Kehne Ko Humsafar Hain, forgives her husband for cheating on her. Wonder why? Read on 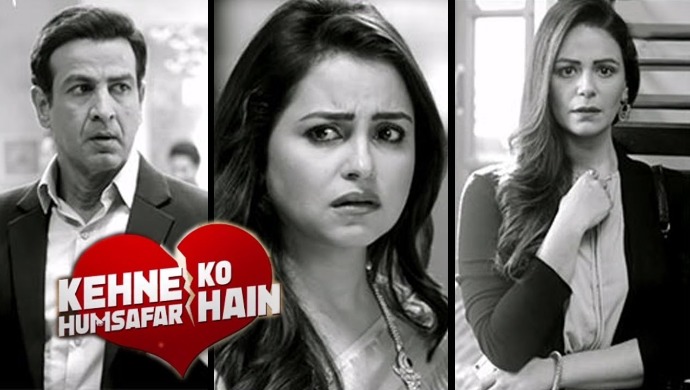 Forgiveness is a virtue that not everybody is blessed with. Poonam (Gurdeep Kohli) of Kehne Ko Humsafar Hain, a woman of immense strength and resilience, has forgiven her husband Rohit (Ronit Roy) for having an affair with Ananya (Mona Singh). Wonder why? Let’s find out by delving a little deeper into her story.

Watch an episode of the show here:

1. For the sake of her children

Poonam and Rohit may have a loveless marriage but Poonam hasn’t forgotten her duties as a mother. Her need to protect her daughters from the fallout of a lengthy and messy divorce battle leads her to swallow the insult and forgive him. She even goes as far as agreeing to divorce him to minimise the girls’ exposure to the fights between their parents.

2. She is a strong, upright woman who wants to fight for her marriage

There is a thought-provoking scene in Kehne Ko Humsafar Hain where Poonam is talking to her brother about Bani calling her regressive. She tries to explain that fighting for a marriage that she has invested her whole life into is nothing but progressive. While their marriage may not be existent on paper anymore, Poonam has maintained a healthy bond with Rohit after their divorce and even allows him to visit his daughters whenever he wants. As a strong and self-respecting woman who has made the choice to reconcile with her ex-husband, she is an example of extreme bravery and resilience.

All Poonam wants at the end of the day is to see Rohit happy, even if this means letting him go. While she originally puts up a fight against his relationship with Ananya, she sees how much it is bothering him to be separated from the woman he loves, and graciously agrees to divorce him. Unlike the weak housewives of the usual saas-bahu soaps, Poonam has retained her power in making her own choices, one of which is the choice to sacrifice her happiness for her husband’s.

If Kehne Ko Humsafar Hain teaches us anything, it’s the fact that life is beyond just black and white. Who is to say what is wrong and what is right? Don’t forget to watch the show, now streaming on ZEE5!

From Akbar-Birbal To Chhota Bheem,ZEE5 KIDS Is The Best And Safest Source Of Entertainment