Baarish season 1 ended on a cliffhanger with Gauravi in jail. We bring you some good news with the announcement of season 2! Read on for a recap of S1 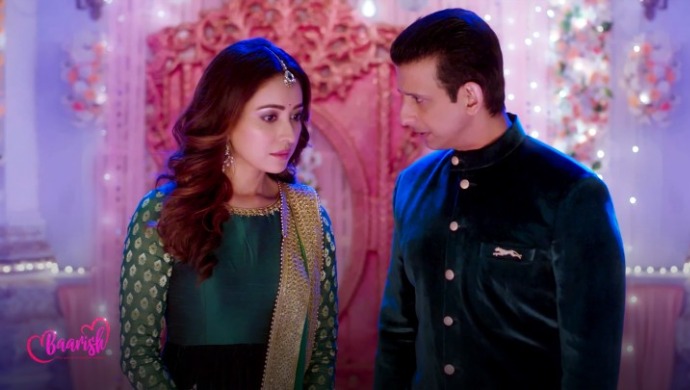 ZEE5 is all set to come up with the love saga of the year, Baarish 2. The monsoon love story will be coming to the OTT platform in April. The Asha Negi and Sharman Joshi starrer web series will be a treat for hopeless romantics. Baarish season 1 had gained widespread popularity and was loved by many.

Baarish season 1 was an unusual story of a middle-class girl, Gauravi, and a rich businessman, Anuj, who are deeply in love with each other. The show showcases the complexities of life as well as the difficulties of maintaining relationships.

Anuj and Gauravi get married because their families want them to. Anuj’s brother doesn’t like Gauravi and calls her a gold digger. They start to drift apart because of their respective families. They start to blame each other instead of supporting each other during tough times. However, Gauravi continues to take care of Anuj and his family during hardships even after she moves out of Anuj’s house. Anuj’s mother insists Anuj take Gauravi home back but he does not. Later on in season 1,  the police arrest Anuj for unlawful business practices, which were actually conducted by his brother. Gauravi does everything she can to bring him back home. She ends up taking the blame for the crime as she also has a share in the company. The police release Anuj and arrest Gauravi. Now that their roles have been reversed and they are separate again, will they overcome this distance or get washed away in this storm?

This monsoon, find out whether their marriage will sustain the ups and downs or end in a bitter divorce. Baarish 2 is all set to release in April  2020, only on ZEE5.

Excited for this new chapter in Anuj and Gauravi’s lives? Let us know in the comments below. Till then, watch Zee original State of Siege: 26/11 only on ZEE5.

7 Traits Of Christopher Columbus That Every Child Should Imbibe In Life To Become Great!