No better time than #Lockdown to watch animated mythological tales with your kids.Watch how Lord Krishna defeated his evil uncle Kansa, streaming free 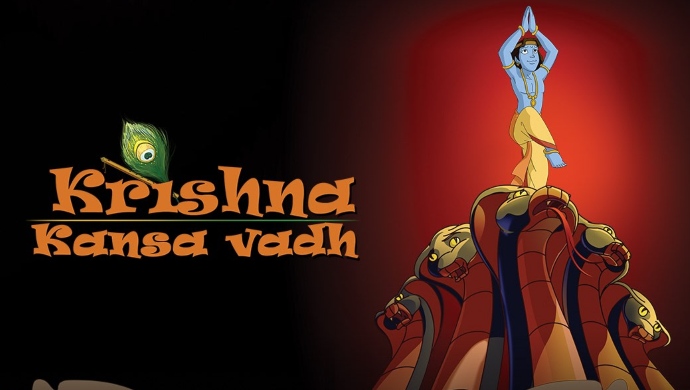 Krishna is worshipped as the eighth avatar of Lord Vishnu and a supreme god in his own right! He is the deity of tenderness, love, compassion, and is one of the most popular and widely revered Indian divinities. The anecdotes and narratives of his life are generally titled as Krishna Leela. One such tale is told through the animated mythological-action movie Krishna Kansa Vadh. On ZEE5 KIDS, you can witness these stories with your children, making India’s largest OTT platform the ultimate entertainment destination for the entire family. Make most of the #Lockdown and watch with your kid how young Krishna triumphs over evil!

Tyranny ends at the hands of Lord Krishna when he makes things right by killing his maternal uncle for good! Krishna was born to Devaki, who was Kansa’s sister, and Vasudev, her newly-wedded husband. Kansa was taking their chariot back home after their wedding when a voice broke out of heaven saying that Kansa’s death was predetermined at the hands of Devaki’s eighth child. Owing to his demonic mentality, Kansa drew his sword to slay his own sister, Devaki. Vasudev intervened and pleaded Kansa to spare Devaki with a stated condition!

The ruler of the Vishni kingdom, with Mathura as its capital, Kansa germinated fear in human hearts by his nefarious ways. He killed the first six of Devaki’s children as soon as they were born. The soul of the seventh one was switched in-vitro with Vasudev’s other wife, Rohini, and hence, the child that came out of Devaki’s womb was declared stillborn. To reverse the prophecy, Kansa made several to attempts to kill Krishna but he escaped them all, growing up in Vrindavan with his foster parents, Yashoda and Nanda. One evening, with the help of Akrura, the chief of Yadavas, Kansa invited Krishna and his brother Balram to Mathura. He staged a ceremony called dhanush yagya to earn their trust but had chalked out a full-proof plan to kill the invitees. Akrura was an ardent devotee of Krishna, so he secretly revealed Kansa’s intentions to him!

At the dhanush yagya, Krishna broke the bow into two pieces instantly. It was a divine bow and Kansa was rather surprised to see it broken. Infuriated, Kansa ordered Chanura to kill Krishna in a wrestling bout. Kansa fortified that arena by deploying wild elephants and mighty warriors at all entrance points. Krishna and Balram spent the whole night in captivity. In the morning, Krishna killed the huge and powerful elephant Kuvalyapeeda, which terrified the warrior troop and they ran away!

Still undaunted, Kansa ordered Mustika and Chanura to kill Krishna right away. While Balram wrestled with Mustika and Chanura confronted Krishna, Kansa was left all alone. Krishna grabbed the opportunity and pulled Kansa off his throne by his hair and knocked him to the ground. The injury was so impactful and fatal that Kansa died on the spot. The hill where Krishna killed Kansa came to be called the Kansa tilla. After winning the battle, Krishna went to meet his real parents and freed them from prison!

You can get Coronavirus Pandemic LIVE Updates on ZEE5 News section, streaming now.

Encouraging 'Sex Talk', Strawberry Milkshake Is A Must-Watch Short Film For Every Parent

Nanha Nattu: Why Every Parent Should Watch This Animated Movie With Their Kids