Women’s Day 2020: An Unbiased Opinion Of People On Gender Equality In India #EachForEqual

International Women's Day is celebrated on 8 March and 2020 theme is #EachForEqual. We asked men and women to give their opinion on Gender Equality. 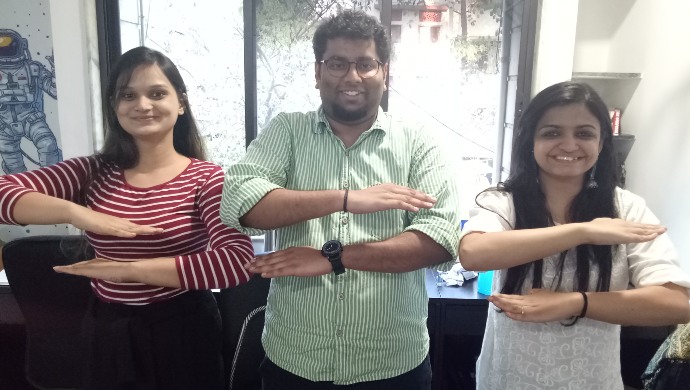 International Women’s Day is observed by the United Nations on 8 March every year. For 2020, the theme for it is, “I am Generation Equality: Realizing Women’s Rights”. Women’s rights and equality is a concept that has been in discussion globally. It is a day when women are recognized for their achievements disregarding their national, ethnic, linguistic, cultural, economic or political background. Therefore, to give voices to the suppressed women, International Women’s Day is celebrated in many countries around the world.

Women need to be celebrated and not just tolerated! With path-breaking women characters from Major Monica Mehra by Jennifer Winget in Code M to Dr. Beas Banerjee by Chitrangada Satarupa in Kark Rogue and from the leading ladies Sakshi Tanwar, Mona Singh, Nidhi Singh and Palomi Ghosh in Mission Over Mars to Shweta Tripathi as a single-mom in Hum Tum and Them, ZEE5 Originals have hoisted the flag of women empowerment and gender equality.

Meanwhile, watch the trailer of the Code M here:

2020 is considered to be a pivotal year for advancing gender equality worldwide. Therefore, to understand more about the concept, we asked people from various professions about their opinion on women’s day and gender equality:

Karthik, a working professional, says, “While I don’t disagree with the idea of women’s day, I feel it’s rather just a celebration that deviates from the actual issues. We must celebrate women, every day. Until women are safe, paid equally and given equal treatments, these celebrations don’t make any sense.”

While Neel, a student of MBA, says, “Generational equality is actually a good concept. If everyone including young and old decides to achieve something together, there’s nothing impossible. In the 21st century, our women are independent, ambitious and have the power to achieve any milestone.”

Kedar, on the other hand, says, “Keep the categories aside. Women need to be respected. Equality, though, is a concept that can only be achieved by working towards women empowerment.”

An anonymous lady writes, “It’s good to know that women have finally begun to fight for their rights and that their voice is being heard. This day is special as it celebrates women’s wisdom, power, and intelligence.”

While talking about the generation gap, Mehak says, “I like how younger people really don’t discriminate against women, compared to the older generation. They are more understanding but they need a little nudge and information for the discrimination to end.”

Chinmay, a writer by profession, says, “Women were and still are subject to oppression. Women’s day is a special day indeed for people across generations to come together and celebrate women and womanhood.”

Shivani, a student, feels that Women’s day is celebrated for all the great women in everybody’s lives. She says, “Women need to be honoured and respected just for existing. Actually, I feel like every day is a women’s day for every mother, an independent girl who is following her passion, and for a wife, for a sister.”

Apeksha, a market analytics expert, says, “Women’s Day should not be only be limited to urban areas or people from privileged backgrounds. Ideally, it must be a day wherein the oppressed women are included under the ‘Umbrella of Equality’.  These initiatives should be undertaken by other women who are in the position of doing so.”

Let us all stand up for women’s right and gender quality. Like these opiners, share with us your views in the comments section below.