Rajesh and Amma are two important women of the Daroga house, who have been influential in Happu's success. Vote for your favourite character! 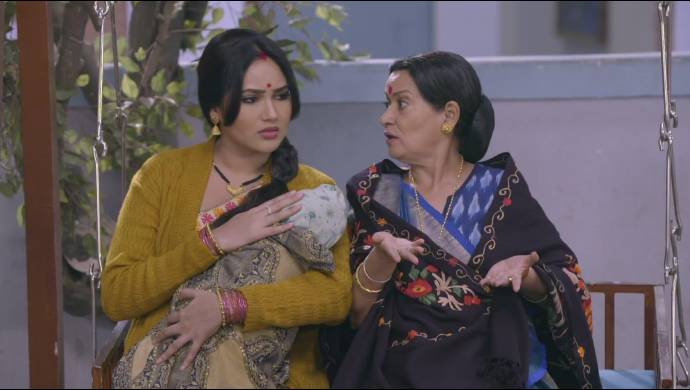 Happu Ki Ultan Paltan is a spin-off of the popular AndTV show Bhabi Ji Ghar Par Hain. The show is about Happu Singh and his ridiculously big and funny family consisting of his mother, wife and nine mischievous children. Happu’s antics invite trouble for both him and his ‘paltan.’ In the latest episode, Happu was finally promoted to the post of commissioner. They say, behind every successful man is a woman. This International Women’s Day, we look at two such important female figures in Happu’s life that have been influential in his steady rise as a commissioner.

Happu’s life swings back and forth between the two ladies of his house- his old mother Katori Amma and his innocently sweet wife Rajesh. These women are the backbone of Happu’s entire household. While Rajesh uses her intelligence to solve problems, Amma on the other hand, uses her wit and experience. Be it managing the house in a limited budget, or saving Happu from getting into trouble, it’s these two ladies that shoulder various responsibilities in Happu’s house. Do you remember how they both together had saved Happu from the clutches of the fraud Baba?

They got rid of Happu’s superstitions by making him realize that the Baba is cheating him for money. Rajesh and Amma have also made a lot of sacrifices for the family. In one such instance, Rajesh had to manage the entire house for a month in just Rs. 10,000. And she did so quite efficiently!

Managing the house is a task in itself and these ladies together are the superheroes of Happu’s life. If shouldering responsibilities is an art, then these two women are the artists! But, who according to you is the ultimate boss lady of Happu Singh’s house? Cast your vote below.

+
Explore More
Who According To You Is The Real Bause Lady Of Happu Singh's House?

Women's Day Spl: 5 Female Characters On AndTV Who Are Both Caring And Strong