#WorldHealthDay: Imagine If Bhimrao’s Family Had Access To Healthcare Free Of Cost!

The UN strives to provide medical facilities to everyone irrespective of their financial status or caste. If only Bhimrao's family had access then. 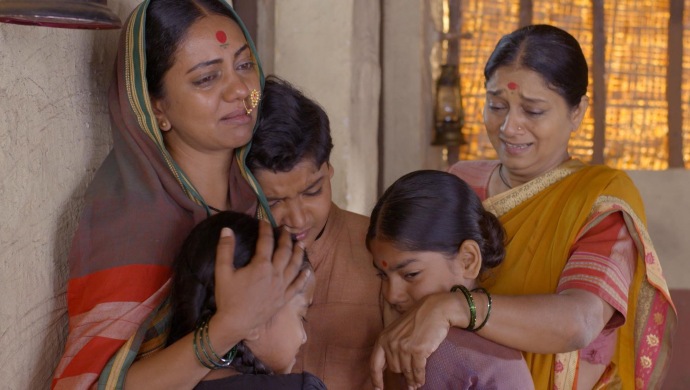 World Health Day is a global health awareness day celebrated every year on 7 April, under the sponsorship of the World Health Organisation (WHO). One of its aims to provide people with access to healthcare facilities without the prospect of financial hardship or backward social status. On &TV’s biographical serial, Ek Mahanayak – Dr B. R. Ambedkar, young Bhimrao’s family is denied of medical attendance as a practice under caste discrimination. His parents and siblings shed blood, tears and sweat to make their lives a little better. Imagine if they would not have to go through struggles for the basic need of healthcare. The scenario would have been completely different!

Before going ahead, watch the latest episode here:

1. Bhima Bai would not be near death while birthing Bhimrao

On a pitch dark night, a pregnant Bhima Bai’s water broke and she started yelling in unbearable pain. It was time for the birth of the Father of the Indian Constitution. But imagine the plight of Ramji Sakpal who was knocking at the door of their village doctor incessantly. The vaidya (doctor) refused to go and attend to Bhima Bai because they belonged to a lower caste and were considered untouchables. If they would get medical help immediately, Bhima Bai would not have fought between life and death for her and her child Bhimrao!

2. Bhima Bai wouldn’t have to hide her fatal disease

Bhima Bai was afflicted with a deadly illness which had symptoms like a constant splitting headache. She is taken to the village vaidya who diagnoses a disease that she can lose her life too. She would have to travel to Mumbai (then Bombay) for treatment. For the longest time, Bhima Bai doesn’t disclose it to her family because they don’t have the money to pay for the expensive hospital procedures.

3. Bala would not run away from home

Ramji Sakpal and Bhima Bai’s oldest son Bala runs away from home because they cannot afford his mother’s treatment. He weeps when he learns that his mother is close to death and didn’t tell about it to the family. Bala leaves a letter at home which says that he has gone to the city in search of work so that he can earn money and help the family to overcome poverty and healthcare access.

4. Bua would not be limping throughout

Bhimrao’s aunt, known as Bua was unable to walk properly due to an ache in her knee and ankle. For so long, her condition was unattended to and she ended up with a lifelong limp in her leg. Bua cannot accompany Bhima Bai for an evening walk or cannot even stand for too long. If she was treated with the right medication, she would have been a healthier person and her hardships would lessen!

5. Puranjan would not live with his wounds after being beaten up

Puranjan is as good as Ramji Sakpal’s family. He is a young village boy who jumps first to help Bhimrao and his family always! To safeguard young Bhim and his brothers, he gets beaten up by Sonaar Seth and Pandit Gyani. Due to the lack of finances, he is unable to bandage his wounds or afford a doctor. If he could have the access, Puranjan would live with bruises and injuries perpetually!

Thankfully, the world is changing for the good. The World Health Organisation (WHO) is working hard to make the world healthier and happier!

You, don’t forget to watch all the episodes of the &TV series Ek Mahanayak – Dr B. R. Ambedkar streaming on ZEE5 now!

Revisit The Life Of Razia Sultan, The Only Female Ruler Of Delhi, Streaming FREE…