Yogesh Tripathi, of Bhabi Ji Ghar Par Hain fame, did not taste success in one go. Here's one of the incidents from his struggle days. 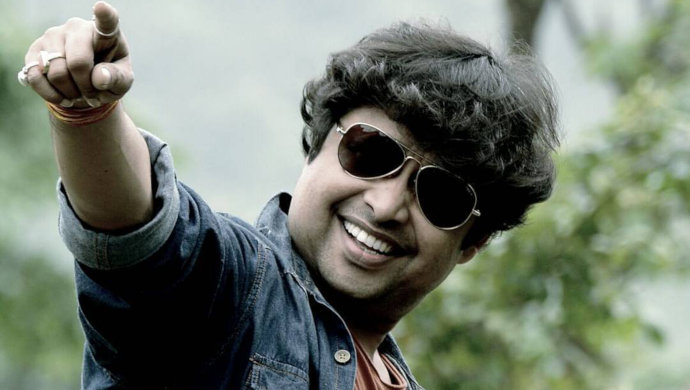 Whenever there’s a mention of And TV’s popular show Bhabi Ji Ghar Par Hain, you just can’t escape thinking of Daroga Happu Singh’s character. Brilliantly played by actor Yogesh Tripathi, there are many things that make Happu Singh one of the most interesting characters in the serial. In fact, the actor’s fans today recognise him through this funny character which has made him a household name. No wonder, he eventually got his own show – Happu Ki Ultan Paltan. As we say this take a look at the actor’s performance on the show:

However, not many would know that the talented actor did not taste success in one go. He had his own share of rejections and struggles before he got famous. Recently, our eyes caught upon an interview of the actor where he recalled the time when he first arrived in Mumbai city. Often called as the ‘City of Dreams’, the actor had spent not one or two but four nights at the railway station during his first visit here. Yes! You read that right.

The actor was a student of BSc (Bachelor of Science) at that time. He said, “I came to Mumbai with my four friends during the time of BSc and we had spent four nights at the railway station.”

“We were so nervous by seeing the Mumbai city that we could not understand where to go and what to do. So, we had to return back. Then I understood that if I have to come to Mumbai then I need to do a little preparation and training in acting, otherwise you will not be able to make yourself a lambi race ka ghoda. And after that I fiercely did the theatre,” added the actor.

Chasing his dream of becoming an actor, he returned to Mumbai and started struggling, giving a lot of auditions for a year. Further, he went on to work in many commercials and his talent was finally noticed by director Shashank Bali, with whom he teamed up for a popular TV show. The actor-director duo reunited back with Bhabi Ji Ghar Par Hain where Yogesh bagged the role of Daroga Happu Singh. And from then, there was no looking back for him.

Inspiring, isn’t it? Let us know what was your first experience with the city of dreams in the comments section below.

ZEE5 Original Series Bombers CONTEST: Play And Win A Chance To Bag A Cameo In The Web Show