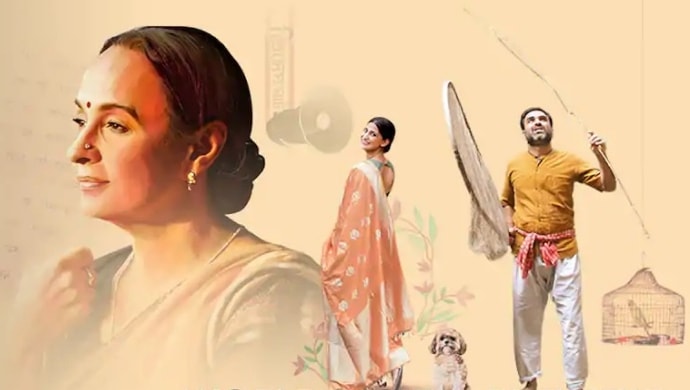 Soni Razdan, Aahana Kumra, Pankaj Tripathi starrer Yours Truly has been awarded Best Digital Film at the Dadasaheb Phalke Awards 2020. For the uninitiated, quite a few Zee properties were honoured at the awards function as shows and original films like Moh, Kumkum Bhagya and more took home trophies. Among these shows and films, Yours Truly also received recognition as the Best Digital Film.

We got in touch with the producer of Yours Truly, Shiladitya Bora, to comment on the same. Shiladitya told us exclusively, “I do not have that kind of bandwidth or resources for a theatrical release. So coming on ZEE5 has made the film accessible to many people. I am thankful to ZEE5.” He also spoke about how Yours Truly is his first independent project and the reception has certainly been overwhelming for him. Despite budget constraints and difficulty in starting off the project, the movie has managed to garner a lot of praise and acclaim. “I am very happy that critics liked it because this is my first independent project. We didn’t have a lot of funds or resources in hand. When you are starting out, it’s quite difficult. So that way, it was done very much like a personal project and everyone was very supportive. The actors, the crew, were all very supportive. Right from the premiere at Busan to the screening in Kolkata to finally when ZEE5 picked it up, it helped the project,” said the producer.

Directed by Sanjoy Nag, Yours Truly is a romantic drama starring Soni Razdan, Pankaj Tripathi, Aahana Kumra with Mahesh Bhatt in a special appearance. The film is an official adaptation of one of the short stories of author Annie Zaidi. The narrative takes us through the life of Mithi Kumar, a lonely woman in her late 50s who finds love in a voice. The voice is an automated announcement set at a railway station but to Mithi, it is an irresistible stranger who is invisible yet omnipresent. You can watch the film right here.

Dadasaheb Phalke Awards 2020 will be aired live on February 20. You can stream it here on ZEE5.