Actor Dino Morea will play the role of Aakash, a stay at home dad who is a single parent to his two kids. Watch the ZEE5 original promo here. 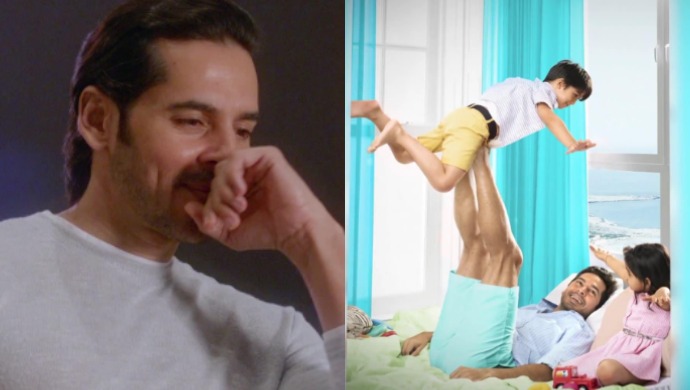 ZEE5 Original Web Series Mentalhood is all set to narrate a mother’s difficult journey in her motherhood phase. Popular actors including Karisma Kapoor, Tillotama Shome, Shilpa Shukla, Shruti Seth, Sandhya Mridul and Dino Morea will be seen playing pivotal roles in Mentalhood. The original emotional series is directed by Karishma Kohli and created by Ekta Kapoor. Recently, the makers of the show released a new promo which showcases a journey of a stay at home dad.

Bollywood handsome hunk Dino Morea will essay the role of Aakash, a stay at home dad who has to fulfill the responsibility of his 2 kids. Aakash is the odd mother out who is a single parent. In the promo, Preity tells Meira that he is the hot single dad. She even says that estrogen ke samandar mein he is the much-needed testosterone. Aakash is madly in love with his cute kids and believes that other GI moms love him. In the promo, Preity, Meira, Namrata and Ajo talk about Aakash. As Meira gets a message from Aakash, other super moms try to pull her leg. They start calling Aakash with different names like perfect Aakash, sensitive Aakash, hot Aakash. Aakash plays the role of a father as well as of a mother in his kids’ lives. He says that sometimes he needs a little help and he then talks to Meira. In the promo, audiences will witness a bond between Meira and Aakash. Aakash tells Meira that he feels sometimes a girl needs a mom and the latter asks him that she can be an aunty in her life. Aakash gets happy and calls Meira the best. But towards the end of the video, Namrata tells Aakash that Meira is married and the latter freaks out.

In an interview with an entertainment portal, Dino spoke about his character in Mentalhood and said, “This character was appealing the way it is written and done. I play a single parent. The writing of the show is wonderful. The story is very funny and amazing. Any mother or father watching this series will easily connect with my character. I have taken inspiration from my friends who have children, I took a lot of notes from them and have prepared for my role. I am having a great time shooting for the show. I get along really well with my on screen children. I am also learning from these kids.” Mentalhood will start streaming on ZEE5 soon! Stay tuned for more updates on the series.  Are you excited to watch Karisma Kapoor in Mentalhood? Share your views in the comments section below.